MAERSK has to find hundreds of lost containers

French authorities tasked Maersk to pinpoint the location of nearly 500 containers, which were blown overboard the SVENDBORG MAERSK during a storm in February this year in the Bay of Biscay.

The missing containers could be a hindrance for fishermen that are sailing in the region of accident. As reported by France State Office for Maritime Affairs, the main point of the search operation is to provide the cartographic data. This data will help fishermen to indicate where the containers are located and to avoid the hazardous zones.

The press officer of Maersk line confirmed that the survey would be performed as soon as the survey vessel was available. However, neither the approximate financial outlay nor the duration of the scanning operation were given.

Most of the SVENBORG MAERSK’s sunken containers were empty, the rest of the boxes contained non-dangerous goods such as cigarettes, many containers were washed up along the southwest coast of England. See our related news: 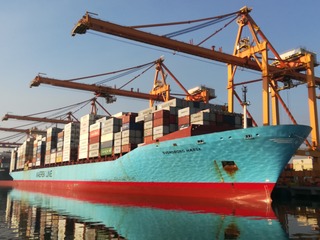