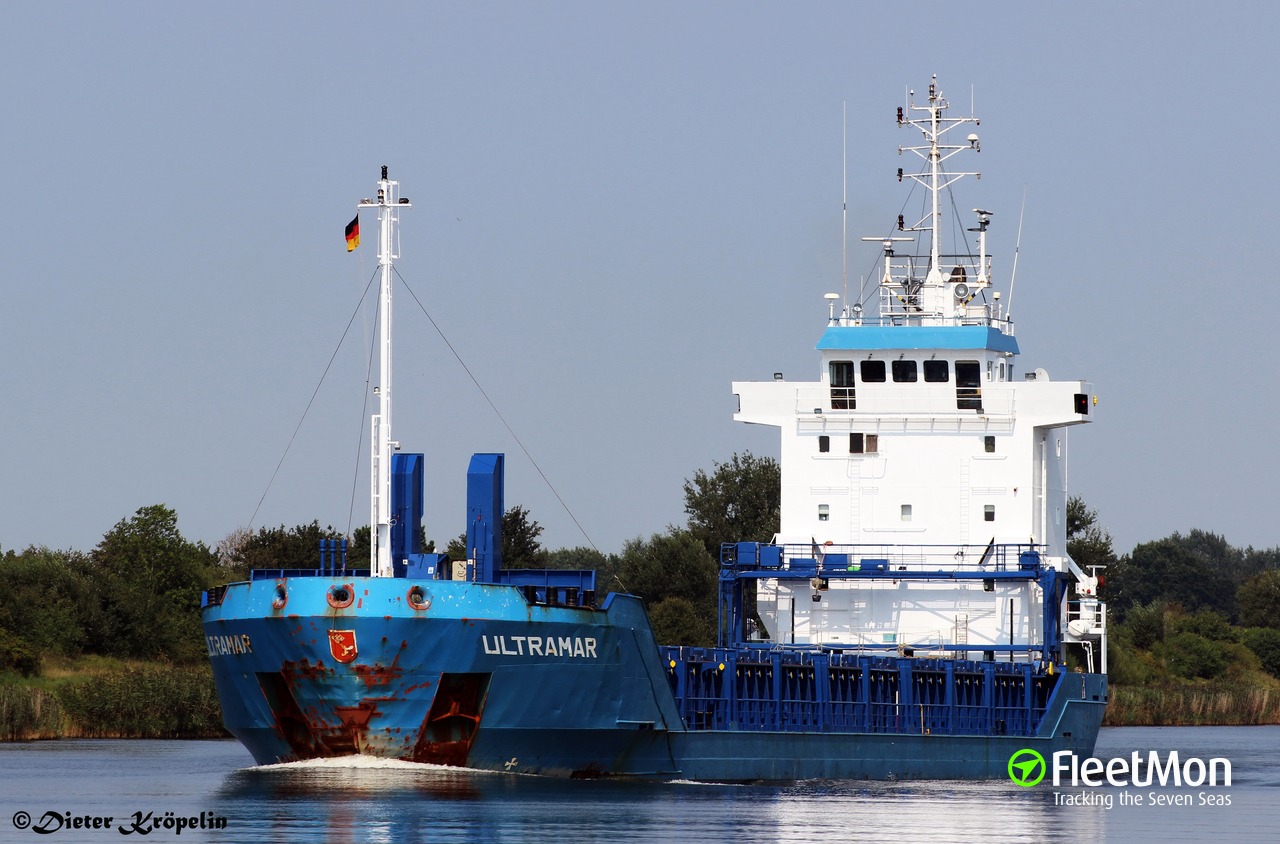 General cargo vessel Ultramar after rudder failure stuck into embankment of Kiel Canal at 53.5 kilometer mark at 2045 LT Sep 19, transiting in southern direction. Traffic was closed, tug was sent to free vessel. Ultramar was refloated some three hours later, and after a short survey resumed sailing. There at least two more stops during the night, reason unknown. As of 0430 UTC Sep 20 vessel was under way in Canal passing Bornbek. 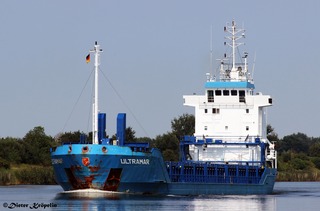