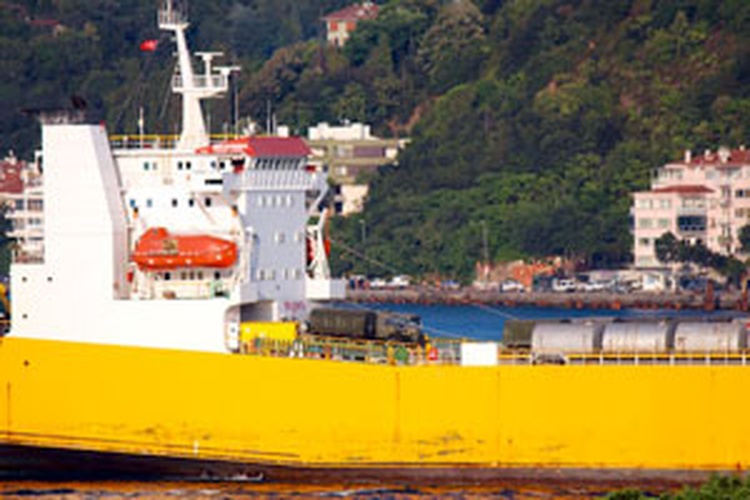 Reuters reported a surge in Russian military sea traffic through Turkish Straits, and published latest photo of one of the vessels, engaged in military transportation from Russia to Syria, made by Turkish blogger Isik and passed by him to Reuters. Seen on the photo is Russian-flagged ro-ro cargo ship Alexandr Tkachenko (IMO 8716954) transiting Bosphorus, with various equipment on upper cargo deck, including military trucks Ural. Reuters revealed other vessels engaged in Syria-bound military traffic, including Turkish freighter Atlantic Prodigy (IMO 9167083, reported troubled in Dardanelles on Sep 29), and Palau-flagged ro-ro passenger ship Novorossiysk (IMO 7822160).
Alexandr Tkachenko is presently in Black sea steaming towards Novorossiysk on a return voyage from Tartus, Syria. Novorossiysk is in the Med, en route from Tartus to Novorossiysk. 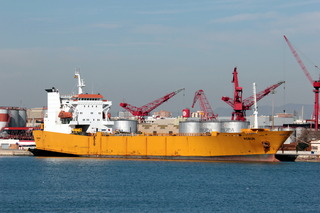 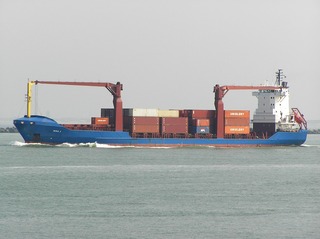 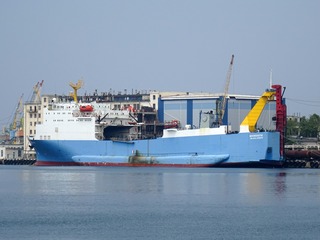