UPDATE 0445 UTC July 27: According to latest Alaska Dispatch News report:
Alaska Juris was taking on water in the evening July 26 in the Bering Sea, said Lt. Joseph Schlosser of the Coast Guard District 17 command center in Juneau. The boat's occupants, all 46, were equipped with survival suits and abandoned ship in three life rafts, he said. Alaska Juris is dead in the water more than 150 miles northwest of Adak, the official said.
Two of the life rafts were successfully secured to the sinking vessel, an effort meant to keep them from drifting. A third raft with 18 occupants was not able to get secured or the line broke. Bulk carrier Spar Canis responded to the scene of the troubled ship and is recovering 28 people from two rafts.
Life raft which broke lose was approached by container ship VIENNA EXPRESS (IMO 9450416), all 18 people which were on the raft reportedly rescued.
Archive photo: Air Station Kodiak helicopter crew approaches the fishing vessel Alaska Juris to conduct a medevac in June 2013(U.S. Coast Guard photo by Air Station Kodiak)
Previous news:
Fishing vessel ALASKA JURIS issued distress signal on July 26, reporting water ingress and evacuation of 46 crew into 3 life rafts. Vessel is sinking near Kiska island, Aleutian Islands, some 690 miles west of Dutch Harbor. People are to be rescued by nearest vessel, bulk carrier SPAR CANIS (IMO 9299290). 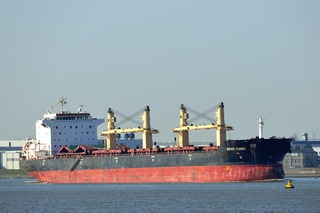 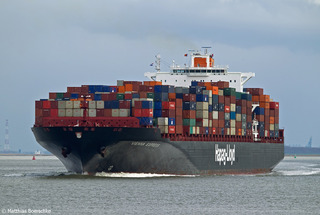 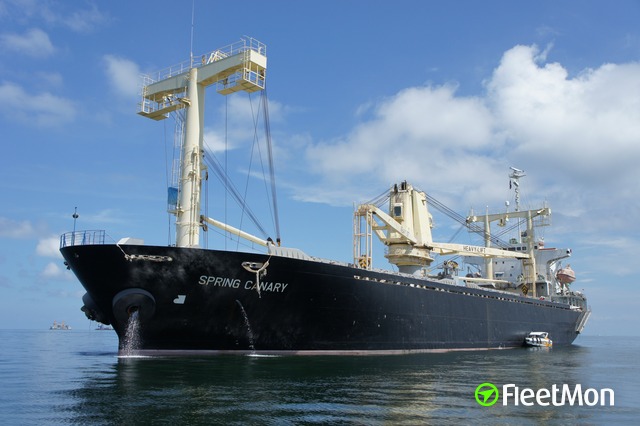