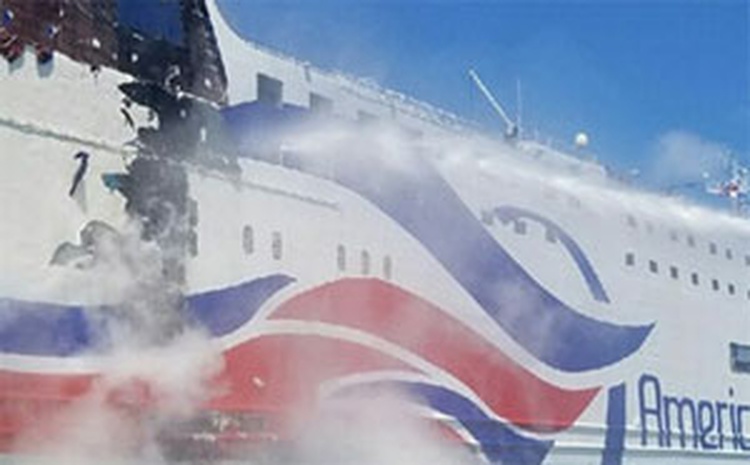 CARIBBEAN FANTASY August 18 UPDATE
US Coast Guard report:
At approximately 7:42 a.m. Aug 17, Coast Guard Sector San Juan received a report of a fire aboard CARIBBEAN FANTASY cruise ship carrying 511 passengers, including crew, en route from the Dominican Republic.
The fire, which began in the engine room, spread to other compartments on board, which led to the entire ship's evacuation. Passengers and crewmembers were evacuated from the ship and taken to Pier 6 in San Juan port where emergency service personnel received them for medical evaluations. At 10:21 a.m. August 17 the CARIBBEAN FANTASY ran aground approximately half a nautical mile offshore of Punta Salinas.
The Coast Guard has established a 1,000-yard safety zone around the vessel. No reports of sheening or pollution around the vessel at this time.
Multiple Coast Guard surface and air assets were committed to the response effort and worked with local Puerto Rican marine police, fire, pilot and commercial tug boats from the port, as well as the Puerto Rico Joint Forces of Action (FURA), Customs and Border Protection marine units and good Samaritans to effect the rescue.

Cruise ferry CARIBBEAN FANTASY caught fire on Aug 17 while sailing along northern coast of Puerto Rico, with more than 500 vacationers on board, report media citing US Coast Guard. According to media, all passengers were evacuated, fire was small and has been quickly extinguished, vessel docked in San Juan, Puerto Rico. According to AIS track, fire started shortly after 1100 UTC, vessel reduced speed to 1 knot or stopped and started to drift. As of 1415 UTC Aug 17, vessel didn’t dock anywhere, she’s drifting east of San Juan, close to coastline, surrounded by a number of tugs and probably, USCG ships as well. According to latest information, CARIBBEAN FANTASY most probably ran aground, salvage company contracted. 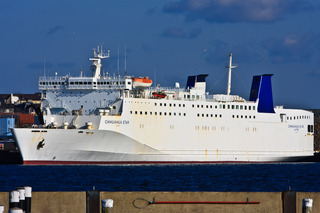