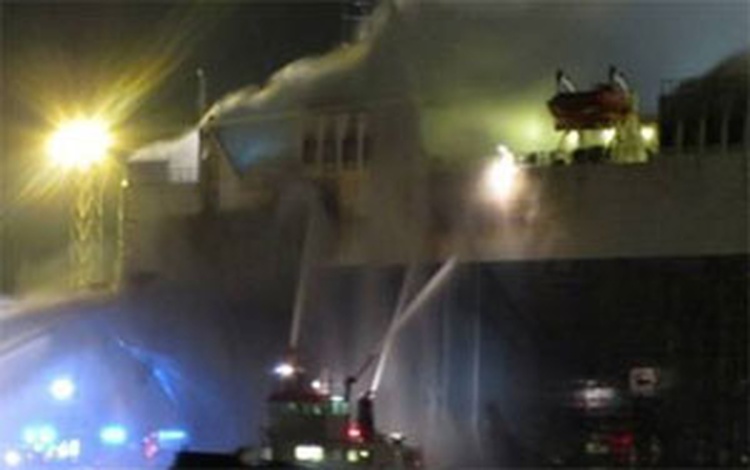 Oct 21 afternoon UPDATE: In the afternoon Oct 21 according to reports, fire was still on, but already under control, after a lot of CO2 was poured inside. Temperature is still too high, but there are no toxic fumes. Firefighting department officials said SILVER SKY fire is most complicated they deal with in past two years.

Oct 21 morning UPDATE: according to early morning Oct 21 media report, fire is still raging, temperature inside is so high, that firefighters still can’t enter cargo decks. CO2 is massively poured in to extinguish fire, the process will take, according to reports, more than 24 hours.

Fire erupted on board of car carrier SILVER SKY, docked at berth 340, Antwerp, around midnight Oct 20. Fire started on a cargo deck loaded with used cars, destined for Africa. Fire understood to be a major one, crew were evacuated, fire fighting teams weren’t able to enter areas affected by fire, due to high temperature. Three tugs were deployed in an attempt to reduce temperature by pouring water on hull in order to cool it. As of 1400 UTC Oct 20, situation unclear. According to media, fire is under control, or probably, is already extinguished. 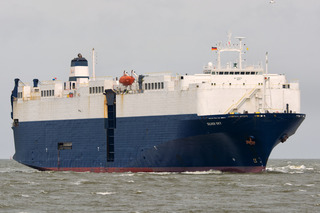