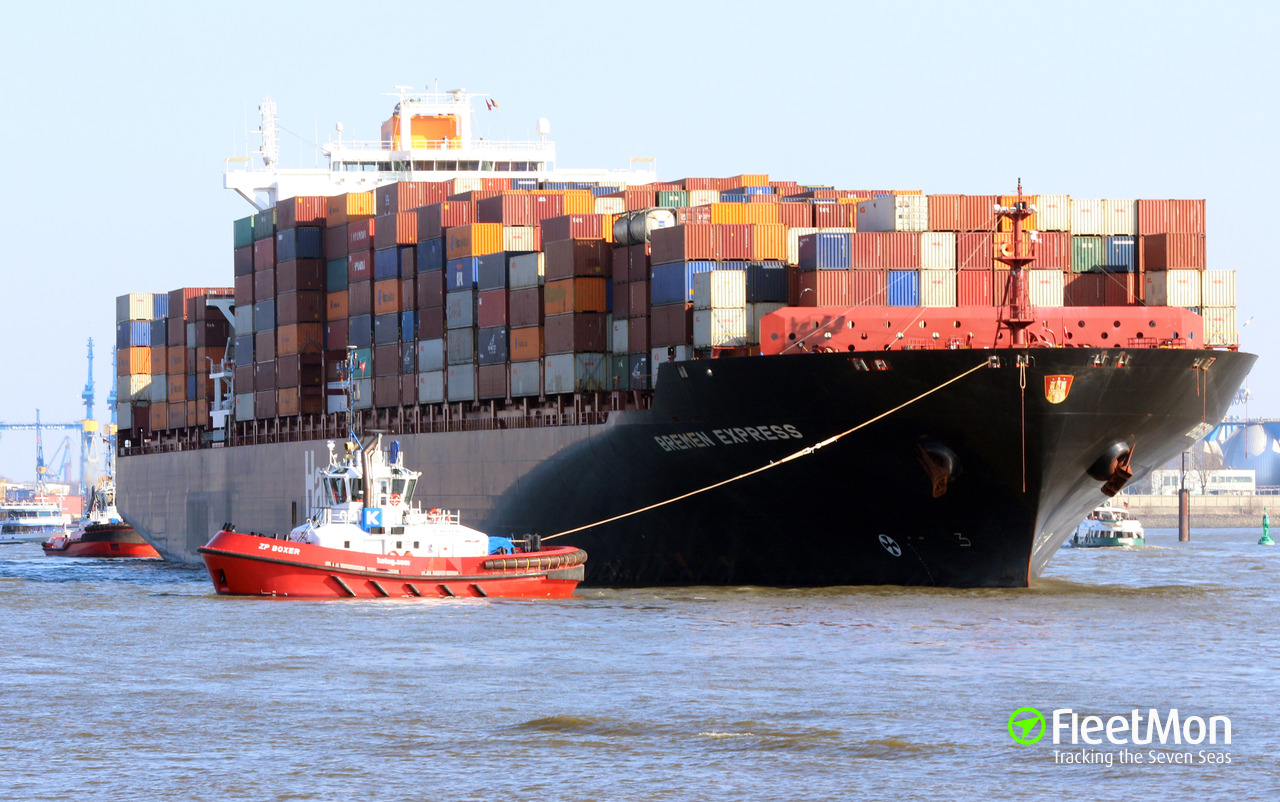 On Dec 20 Hapag-Lloyd issued press-release:
During a repair stop on the Atlantic, the Bremen Express (8,750 TEU) experienced rolling for reasons yet to be determined. As a result, some containers fell overboard. The ship, which operates in the CEC service and was located roughly 1,400 nautical miles west of Europe when the incident occurred, was and is not in danger. Bremen Express will call at a port in the Mediterranean in order to be inspected before passing through the Suez Canal on its journey to Asia.
According to AIS track, accident most probably, took place on Dec 19 in vicinity 35 05N 036 00W, some 510 nm southwest of Ponta Delgada, Azores, while en route from Norfolk USA to Jeddah Saudi Arabia via Suez. Vessel reached Tangier, Morocco, on Dec 23, and was brought to anchor. Understood vessel is taken out from service and is to be taken to Rotterdam, according to AIS. 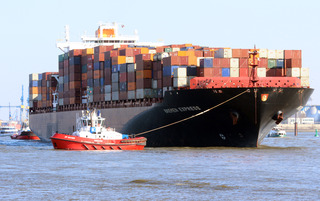