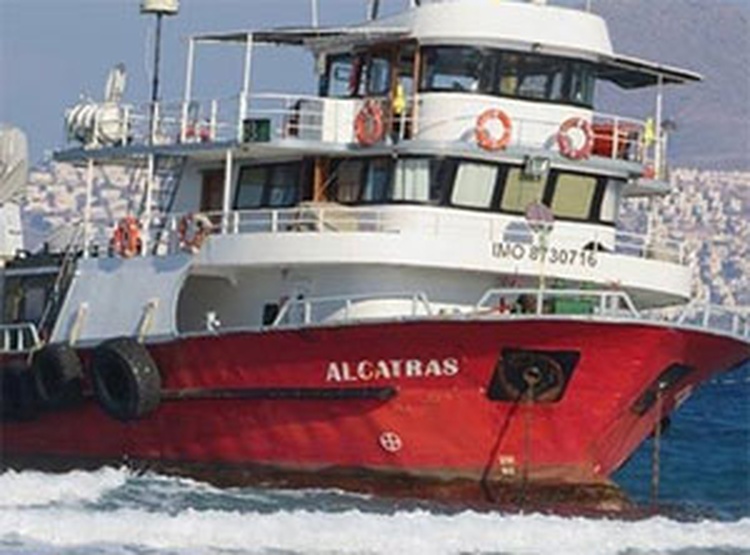 Turkish offshore supply ship ALCATRAS ran aground on northern tip of Kos Island, Greece, Aegean Sea, in the morning Dec 26, being stranded some 40 meters off the coast in stormy weather. Vessel said to be breached, salvage hampered strong wind and waves. Understood some of the crew abandoned vessel, 5-6 remained on board, trying to salvage ALCATRAS. Turkish Captain said to ask for a Turkish tug, Greeks became suspicious about ALCATRAS grounding, and sent in a Navy ship, this side of a story being unclear. On photos grounded ALCATRAS.
Offshore supply ship ALCATRAS, IMO 8730716, GT 204, built 1991, flag Turkey, manager KOPMAZ B S, Istanbul.