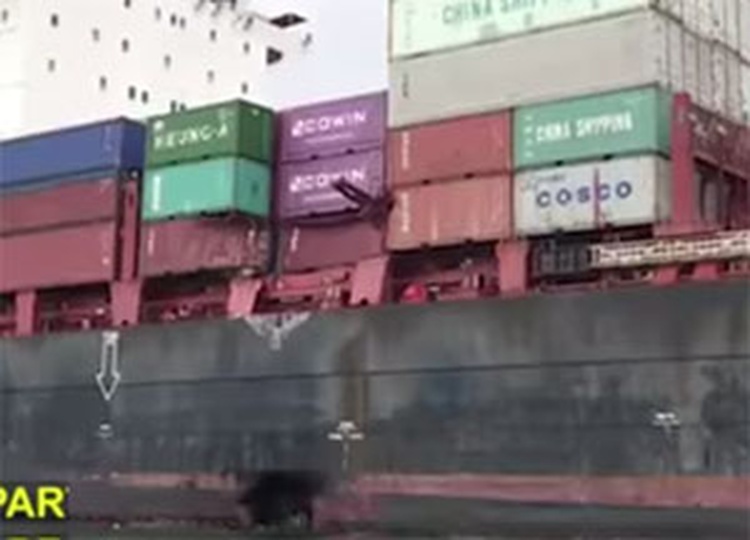 Jan 4 1952 LT UPDATE MPA Singapore: aerial surveillance had spotted two patches of oil concentrated along the western coastlines of Pulau Ubin (OBS Jetty) and Nenas Channel. As of 1952 LT Jan 4, no new sightings of oil has been reported. MPA and its contractors have deployed a total of nine vessels to respond to the oil patches at OBS Jetty and Nenas Channel. Two Skimmers and booms have been placed off OBS Jetty and Nenas Channel to contain the oil patches. Both APL DENVER and WAN HAI 301 are currently berthed at Pasir Gudang Port and are in stable condition.

MPA Singapore news release:
04 January 2017
At about 2350 hrs on 3rd January 2017, the Maritime and Port Authority of Singapore (MPA) was notified by the Johor Port Authority (JPA) of a collision between Singapore-registered container vessel WAN HAI 301 and a Gibraltar-registered container vessel APL DENVER off Pasir Gudang Port, Johor Malaysia.
The Master of APL DENVER reported that one of her bunker tanks sustained damage resulting in approximately 300 tonnes of oil spillage. JPA has deployed four anti-pollution craft on site and an oil boom around APL DENVER to contain the oil spill.
In Singapore, some oil patches were spotted and the spillage has been contained off the western side of Pulau Ubin. MPA has activated a total of eight anti-pollution craft with dispersant spraying capabilities to clean up the spilled oil.
There have been no reports of injury. Traffic in the East Johor Straits and Singapore’s port operations remains unaffected. 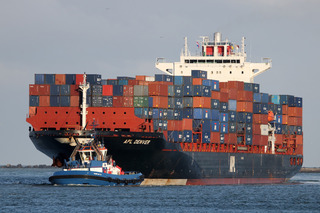 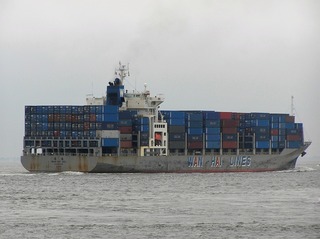