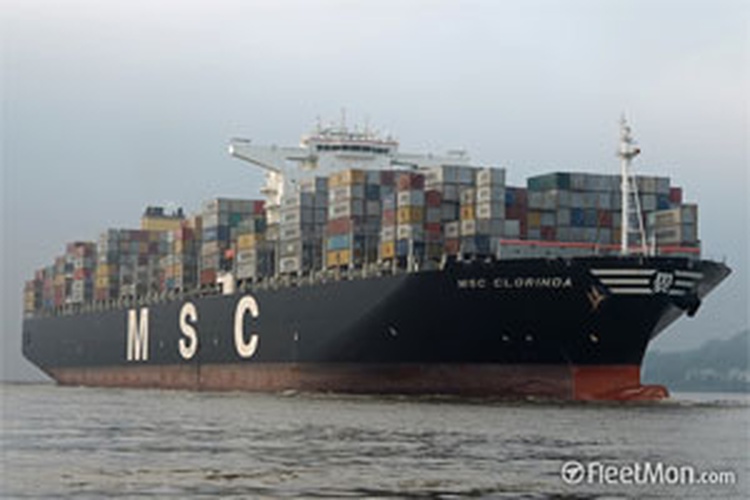 Mega container ship MSC CLORINDA ran aground on 145 kilometer mark, Suez Canal, while transiting Canal in northern direction, at around 0620 LT Jan 4. GAC reported, that vessel was refloated and resumed sailing. According to AIS track, vessel was refloated some 4 hours later and as of 1530 LT is lying dead in water, with at least three tugs at her side, near the shore, probably waiting for all the vessels of the northbound convoy to pass by. According to GAC, MSC Clarinda draft is some 15 meters. Vessel is en route from Singapore to Izmit, AE15 Service.