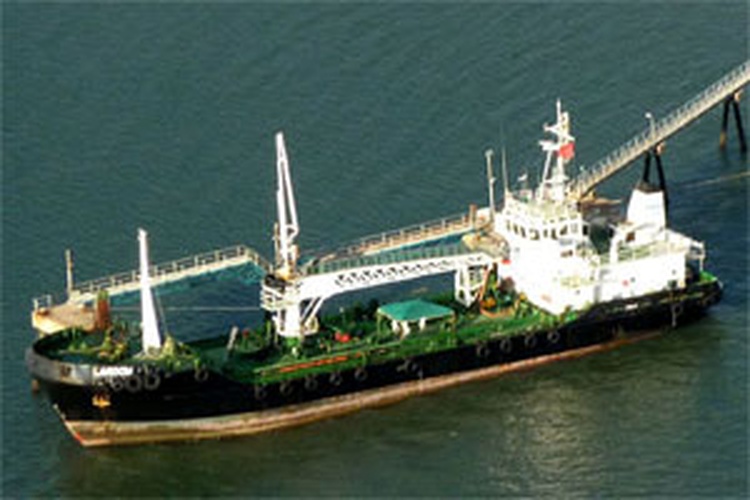 First, the place hijackers took the tanker to, after hijack, is most unsuitable for the purpose of keeping vessel and crew captive for weeks and months, required for talks and ransom delivery. Pirates never kept hijacked vessels along Puntland northern coast, because there’s something resembling order in there, and some forces to keep that order, including Puntland Maritime Police forces, which according to Mar 16 updates, already skirmished with hijackers. Puntland Maritime Police forces will, sooner or later, storm the vessel, notwithstanding crew casualties, in a way it already happened at least once some years back. Pirates had been bringing their booty to several spots along Somalia Indian Ocean coastline, like Eyl or Harardhere.

Second, the leaders of hijackers already said, that they aren’t for ransom, and that the hijack is an act of desperation, not an act of piracy. They want to draw attention to the hopeless situation local fishermen found themselves in, with international poaching thriving in their own waters, effectively depriving them of one of very few sources of food left in a country, which as UN said, is in a center of a humanitarian disaster. They want some kind of order to be installed and kept in their fishing grounds, and if authorities and international community don’t listen to their complaints, maybe they’ll pay attention to hijack.
After all, there’s a hoard of multinational Navy ships around, doing practically nothing except showing off. Maybe they’ll fight off poachers, and by that, “eliminate the roots of the piracy”, the UN’s pet idea?
Alas, there are too many parties around, which want that incident to be nothing but piracy, from Navies to UN to media to “think-tanks” like “Ocean s Beyond Piracy” Foundation.

Actually, there are only three sides directly involved in Somali piracy – pirates themselves; Private Security Agencies; and Shipping (ship owners, charterers, shippers and of course, crews). Well, and to some extent, media. The rest are pure parasites. Navies want an excuse to be in that vulnerable region, but when it comes to piracy protection, they’re of little use. The UN, with attached bunch of “think-tanks”, “experts” and unscrupulous politicians (are there other politicians?), want money and power, wrapped into a disguise of “eliminating piracy roots” plan, which is a big-scale fraud and from practical point of view, sheer nonsense.

Shipping know the only means which guarantee their crews and ships safety, it’s private armed guards on board. Last thing shipping want is the interference of international and national bureaucracy, in forms of UN or Navies or IMO or anything else, which may suddenly find potential boons in piracy problem. But such an interference is inevitable, be this ARIS 13 incident piracy, not a violent form of locals protest.

That’s why there is general outcry around, proclaiming ARIS 13 incident as piracy revival, with little or no doubts left. Everybody wants piracy revival, except shipping (and many Somalians), but who said it’s about shipping? “Fighting piracy” is a serious business, which regretfully, is impossible without two dummies – pirates and ships, that, and private armed guards, being the only flaws in the whole idea.