How safe is ultra large container ship after grounding? 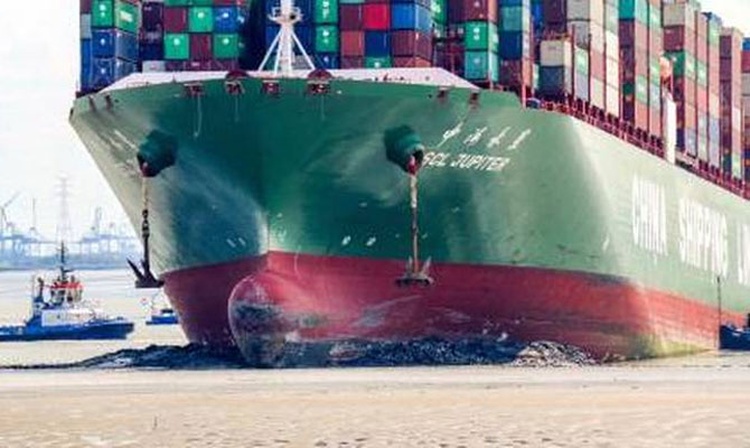 As of evening Aug 16, ultra large container ship CSCL JUPITER is berthed at European Container Terminal, Antwerp, and for all intents and purposes, she’s to remain at port for a long time, maybe offloaded and dry-docked. Logic question is, are there diagnostic equipment and technologies, which may survey and measure structural strength of such a giant ship, with sufficient degree of confidence in the results, after ordeal, which befell CSCL JUPITER? Giant ship ran aground at a high speed of some 13 knots, being in its’ regular load. She was high and dry for several hours. She ran into sand and mud, but with her dimensions, speed and load, she didn’t need rocks to suffer serious, though invisible, damages. Can the loss of structural strength of ultra large container ship be measured, with guaranteed trustworthiness, even in a dry dock, let alone while she’s afloat? What is the degree of risk of exploiting such ship further on?
We do have at least one example of a disaster, which probably, was partially caused by previous grounding. I refer to MSC NAPOLI disaster in English Canal in year 2007. The ship suffered hull cracks in a severe storm and finally, broke in two, causing a major disaster on UK coast. 6 years before disaster, MSC NAPOLI, the then CMA-CGM Normandie, ran aground on the reef near Singapore, sailing at a full speed. Container ship underwent major repair, but how weaker she became after a major accident, how less safe, remained a mystery.
The same question can be asked about CSCL JUPITER present condition and seaworthiness.
Grounding news:https://www.fleetmon.com/maritime-news/2017/19183/ultra-large-container-ship-cscl-jupiter-refloated-/ 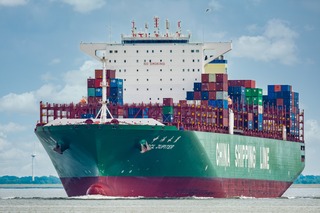