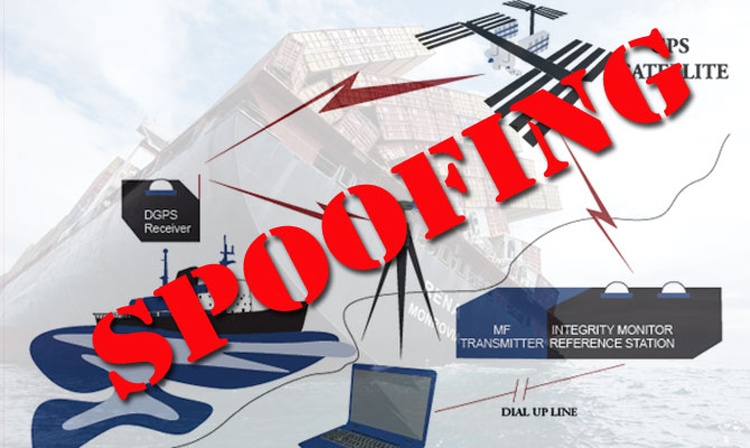 How else to explain spoofing in Russian waters?
GPS spoofing is attracting more and more attention, as more and more people in industry are becoming aware of this new threat to shipping safety. One of the latest articles on spoofing was published on Sep 26 by The Maritime Executive, and I believe, one of the most comprehensive:
http://www.maritime-executive.com/article/gps-spoofing-patterns-discovered
Spoofing is still going on, in Russian waters.
Even yesterday, the 25th of September, two vessels appeared at Sochi Airport, 20 kilometers (12 miles) from their actual positions near the Sochi harbor,” said Peled.

Now, Sochi is some kind of Putin’s Mar A Lago – his favorite place, with his favorite super luxury residences, and no less extravagant residences of his minions. The point is, no GPS meddling can happen in there, without full knowledge, and full support, of Russian State military and security bodies. Why do they do it? What’s the purpose of those, on the face of it, strikingly stupid tests? Why risk the safety of Russian famous resorts waters, by hampering merchant ships navigation with possible major accidents as consequences?
I find the reason behind those tests to be crystal clear. Russian military, and Russian secret services, are steaming full ahead with preparations for worldwide sabotage, and GPS spoofing is obviously, a great opportunity to wreak a havoc on major seaways and in major sea ports, especially Western ports, US or European.

Why should Kremlin do it? Again, the reason is crystal clear – clear for those, who know modern Russia and Putin’s regime, who know what’s all about. It’s all about power. Putin has to stick to power, when he loses power, he loses his freedom, his tremendous fortune and most probably, his life as well. Too many crimes were already committed, and are committed on every day basis. Economy is deteriorating and will be deteriorating, it’s more or less kept afloat by oil price, and be the oil price during last two years in $35-40 per barrel range, there won’t be any Russia by now, Russia as we know it. Russian Empire just wears itself out, its’ fall is the question of time and oil price. Putin badly needs chaos all around Russia, if for nothing else, then at least, for keeping tight rein on Russian people, by demonstrating them, how dangerous and unstable is the world around.
GPS spoofing on major seaways is just one option to destabilize world economy, among many, but a very good, very promising option, which may, for example, plug some vital bottleneck, like say, Strait of Hormuz, even if temporarily.

I’d say, beware GPS spoofing anywhere anytime, Russian commandos and saboteurs may surface, with portable spoofing devices, in any port, or along any major seaway, and switch these devices on. Right now though, they’re busy with calibrating and tuning devices and practices. Russia may task with sabotage some other States, or groups, or individuals, and after acts of sabotage, condemn those acts, and once again proclaim itself as a leader in fighting global terrorism, demanding immediate support from the West, and recognition of Russia’s superpower status (plus lifting of sanctions, plus recognizing Crimea as Russian territory, plus giving Russia free hand in dealing with Ukraine, plus many other things which can help Russian dying economy).
There are other crazy States and organizations around, willing to use spoofing for carrying out sabotage acts, not only Russia. After all, it’s not all that complicated and costly.

How to make shipping safe from this new threat? I don’t know. I guess, something can be done, like establishing Spoofing Early Detection and Warning Systems in major ports and along major seaways. Spoofing is not your hacking bogeyman story, you can’t protect your ship by protecting ship’s computers from omnipresent malevolent hackers.
It’s different in character, and actually, it’s much easier threat to deal with, than computer hacking threat. Just switch from GPS and any other navigation positioning systems to good old methods of obtaining ship’s position, using radar, compass bearings and of course, paper charts, with able seaman at the helm, not an autopilot. We’re talking about navigating in coastal waters, it’s no big deal, as recently as 20 years ago we didn’t know any other ways to navigate, accidentally.

I found the whole idea of compulsory ECDIS as exceptionally dangerous, from the very beginning. It’s not even the questions of reliability and officers losing their navigational skills. In our case, it’s the question of hostile environment – too many idiots and maniacs, be they individuals or States or organizations, are around, to feel anywhere safe enough. Criminal minds can, as of now, easily break in, and tamper with, navigational systems in coastal waters. The only thing they can’t tamper with or do anything about, is conventional methods of navigation – radars, compass bearings, even sextants, if that’s what it takes. But it won’t come to sextants – chances of causing major accident at high seas by tampering with navigational systems are zero, at least for the time being.