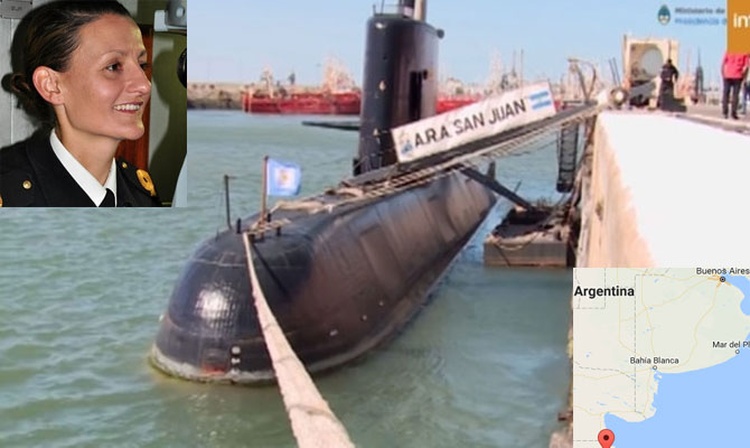 Nov 18: Full-scale SAR is under way in waters near the last known position of missing submarine, including all available Navy ships and planes, and merchant marine and fishing vessels in the area. There are 44 crew on board, initial reports mentioning storage battery fire weren’t not confirmed by latest updates, but weren’t renounced, either. Emergency beacon didn’t surface (which is very upsetting by itself – it happens, like in some cases with USSR Navy submarines, but quite rarely), and that seems to be the main problem – rescuers don’t know exact position of the submarine, and therefore, can’t locate her. All those who offered help in rescuing submarine, including Chile, Uruguay, Brazil, Peru, the United States, Great Britain and South Africa, can’t do much until submarine is found.

Nov 17 news:
Argentina Navy submarine ARA SAN JUAN disappeared in waters of Puerto Madryn, northern Patagonia, Argentina, contact with submarine manned with 40 crew lost since Nov 15. It was said that submarine was already located and taken on tow, being disabled after fire, but according to most recent news, citing Navy officials, submarine wasn’t found, her fate, and fate of the crew, unknown.
On a photo Eliana Maria Krawczyk, one of the crew of the missing submarine in officer’s rank.
Submarine ARA SAN JUAN, TR-1700-class diesel-electric submarine in active service with the Argentine Navy, built 1983, displacement: 2140 tonnes (surfaced) 2336 tonnes (submerged), armament torpedoes.