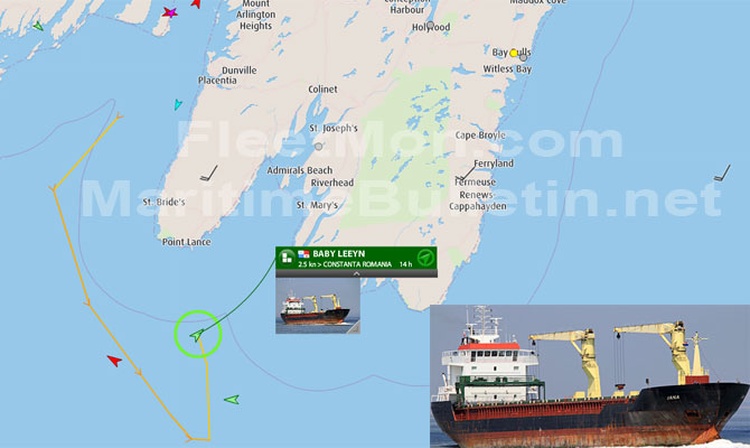 General cargo vessel BABY LEEYN (ex-JANA) was disabled, drifting south of St. John's, Newfoundland with 11 crew on board, including 8 Ukrainians and 3 Russian, since morning Nov 26.
According to CBC News, vessel was stranded in Argentia Newfoundland for three years. Says CBC News:
Coast Guard officials said tug BEVERLY M was able to attach a line to the drifting ship around 6:30 p.m., just as it closed within a nautical mile of the rocks at Cape St. Mary's Ecological Reserve. According to Environment Canada, winds are gusting north of 60 km/h, with waves topping six metres.
A second tugboat contracted by the Canadian Coast Guard, the PLACENTIA HOPE, had secured the BABY LEEYN, and that it is anchored in 20 metres of water about 2.6 kilometres from land.
"Right now it's west of the Cape so everything should be fine, especially with the tow line," said Larry Crann, a deputy superintendent with the Canadian Coast Guard.
http://www.cbc.ca/news/canada/newfoundland-labrador/ship-adrift-mv-jana-coast-guard-1.4420435
Vessel is in ballast, with some 300 tons of fuel on board.
Previous news:
Nov 26: BABY LEEYN, IMO 9255725, dwt 8,900, south of St. John's, Newfoundland – NUC, drifting since morning Nov 26 (late Nov 25 local time), en route from Argentia Newfoundland to Constanta Romania, ETA Dec 15. 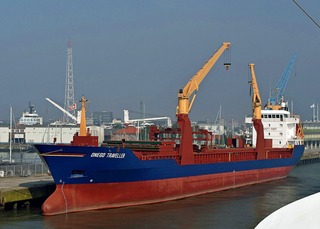