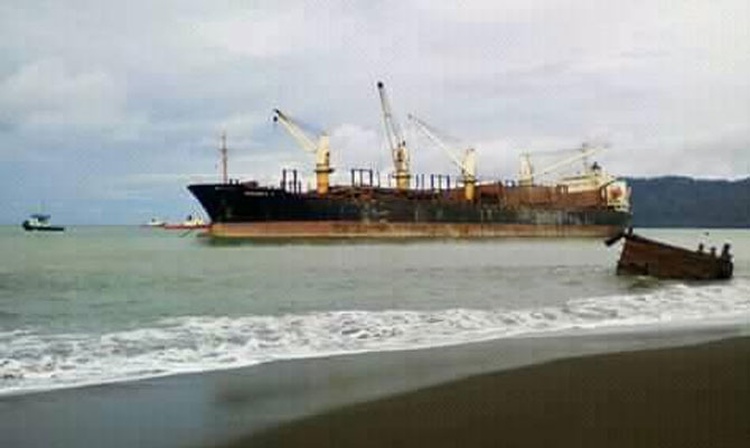 Bulk carrier SERENITY 1 was reported stranded for three weeks already by local residents of Makira Island, Solomon Islands, who complained to the authorities, that the vessel is an obstacle and leaking oil, demanding it to be removed. Solomon Islands SIBC (Voice of The Nation) News Agency says the vessel is “a wreck”.
http://www.sibconline.com.sb/community-says-logging-shipwreck-causing-oil-spill-environmental-damage-in-makira/
According to AIS, vessel is anchored in Wanione Bay, northern Makira, since Nov 29, and during this time, she changed her position at least three times (last time on Dec 11), indicating that the vessel isn’t aground. Understood she was or still is, to load timber at Wanione Bay. Situation is unclear – vessel doesn’t look to be aground or wrecked, maybe it’s encountering some problems, which delayed her stay.
Photo from SIBC.