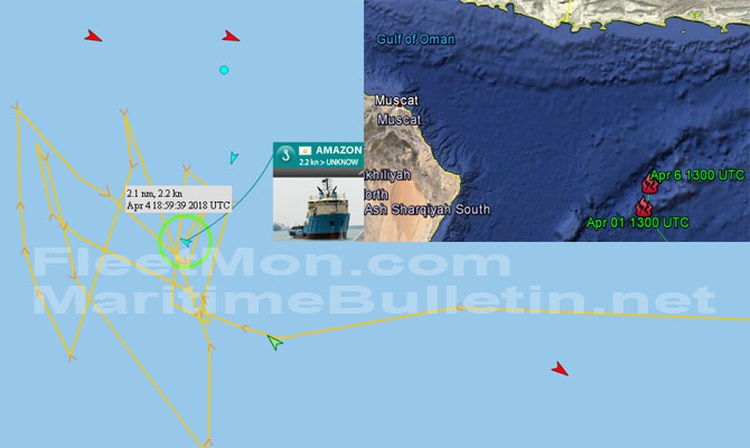 As of 1300 UTC Apr 06, MAERSK HONAM and tugs engaged in salvage were in vicinity 22 26N 063 23E, moving around in legs. It just looks like they’re waiting for something, most probably for permission to enter shelter port, whatever port it may be. No information explaining the delay and obviously, still not granted permission, is available. Judging from Maersk interview given to Loadstar “We still expect this port to be Jebel Ali, Dubai”, there are doubts whether final port will be Jebel Ali, it may be probably, some other port and other country.
Again, there may be a number of reasons for delay, lack of shelter agreement and moving around, such as MAERSK HONAM being still too dangerous to be docked in port; or UAE officials being too cautious; or probably, Maersk can’t meet UAE demands, required for granting permission and sheltering the ship.
According to The Loadstar, Maersk’s 2M partner, MSC, has not issued a customer advisory on the Maersk Honam casualty since 21 March when it said: “We will only be able to clarify the situation once the cargo has been discharged at the port of refuge and inspected.”
Most possible conflicts and problems which are sure to arise later, are described in The Loadstar latest article “Cargo owners still waiting for news of Maersk Honam containers”:
https://theloadstar.co.uk/cargo-owners-still-waiting-news-maersk-honam-containers/ 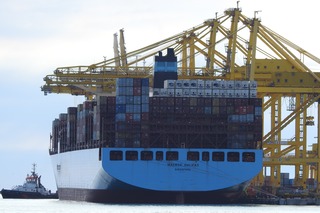