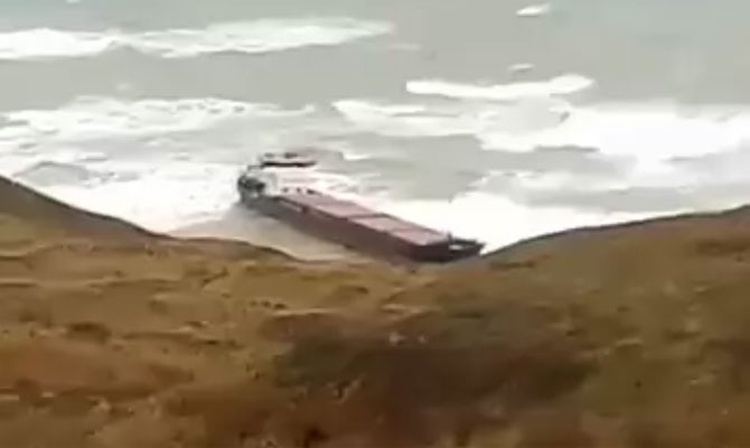 General cargo ship SUROV was pushed aground by strong wind and high sea at 0305 Moscow time Dec 25, near Mys (Point) Zheleznyy Rog, Volna village, southwestern coast of Taman Peninsula, Russia, Black sea. The ship was ballasting from Turkey to, officially, Kavkaz Port, Kerch Strait, but AIS is off several days already, so probably, SUROV was to make call Crimean port, which is illegal, in accordance with sanctions imposed on Crimean ports and shipping. SAR tug SPASATEL DEMIDOV (IMO 9681443) was sent to refloat SUROV. So far, no leak spotted. As of 1430 Moscow time, the ship reportedly, was still aground. On video grounded SUROV.