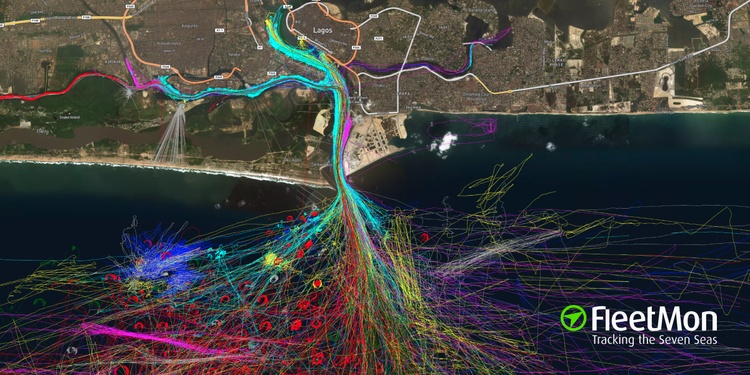 Vessel traffic density in the port of Lagos, Nigeria with FleetMon Explorer

Vessel traffic density in the port of Lagos, Nigeria with FleetMon Explorer

Amidst ongoing anti-police-brutality protests in the Port of Lagos, the headquarters of the Nigeria Ports Authority has been burned down by a fire. As per eyewitnesses and two videos obtained from the scene, a large blaze can be seen adjacent to the building's rear facade, followed by an expansion of the fire into the upper stories.

This incident was just a part of a wave of unrest and violence following an attack by Nigerian security services on a crowd of civilians at the Lekki Bridge tollgate on the night of Oct 22.

As per Amnesty International, as many as 12 people were killed that night. Throughout Nigeria, around 56 people have lost their lives ever since protests broke out on Oct 8.

There have been widespread claims of kidnapping, harassment and extortion by a controversial Nigerian police unit known as the Special Anti-Robbery Squad (SARS). The SARS unit was long accused of beatings, sexual assault and torture.

U.S. Secretary of State Mike Pompeo condemned the attack in a statement on Wednesday, and he said that the United States would "welcome an immediate investigation into any use of excessive force by members of the security forces."

On the day following the torching of the Nigerian Ports Authority office in Lagos, Ibrahim Baba, a former government official, wrote to Nigeria’s president urging him to shift the operational base of Nigerian seaports from Lagos to Port Harcourt, 360 miles away along the coast.

For more port insights, visit our extensive Port Database with arrivals, schedules and weather information for more than 5000 ports worldwide.