Port of Oakland gets its tallest cranes

Recently, the Port of Oakland saw the arrival of the heavy-lifting vessel Zhen Hua 35 (formerly: ZIRKU). Onboard were the largest cranes the American port had ever seen.

Stevedoring Services of America (SSA), operating the Oakland International Container Terminal (OICT) made arrangements for these humongous structures to be installed in the terminal, ordering 3 cranes from Shanghai's ZPMC. The investment, reportedly valued at $30 million, will impact port operations massively in the future, reducing loading/unloading time, thus reducing congestion problems in the future.

Besides, port efficiency and optimization will get a massive boost when it comes to handling ultra-large containerships, boosting its competitiveness along the way. SSA, which handles around 10 cranes in Oakland, said that with a height of 174 feet above the dock, the ship could easily cover 225 feet over a ship's deck. Then comes the crane boom being in the raised position, where it will soar a whooping 400 feet over and above the wharf.

The new cranes rank among the tallest ones present in the US currently.

Compared to December 2019, the port had a busier schedule this year despite the pandemic. The reason can be well attributed to reduced lockdown measures across the US and an increase in consumer demands matching pre-pandemic levels. Imports grew by a whopping 11 percent in December 2020, with total TEUs handled amounting to 208,341. That's a 7.4 percent increase concerning last year.

This can be attributed to reduced imports in November, partially due to delays at the Southern California ports which had drastically affected the supply chain on the West Coast.

Port of Oakland Maritime Director Bryan Brandes said, “We anticipated that some of November’s cargo would spill into December. The port’s growing import volume in 2020 is a trend that began in June and it remains to be seen how long this trend will continue.”

On a side note, the vessel Zhen Hua 35, was previously known as Zirku. The vessel has been completely rebuilt from tanker to semi-submersible heavy-load carrier. Check out our huge vessel database to track virtually any vessel that you want. 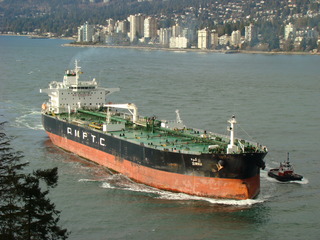