Bulker with Australian coal en route to China despite ban Chinese ban on Australian coal, resulting from a two-way trade war, has claimed the most unanticipated victims: seafarers. The move left about 70 ships, 1,400 seafarers, and 6.4 million tons of fuel in offshore limbo.

Despite this, some vessels are already making the voyage to China, loaded with Australian coal.

Many bulkers and innumerable crew members are trapped between Chinese authorities who outright refuse to grant permission to unload and buyers that won't allow the ships and crew to leave. What's interesting is the additional shipment bound for Chinese ports, despite the existing circumstances.

The Liberian flagged bulk carrier DZ Weihai is one such vessel that we, at FleetMon have been tracking for quite some time. The vessel loaded Australian coal and started a 14-day stint to the southern Chinese port of Yangpu. Our readers could be left to guess how much time the ship would spend on the Chinese port. Six months? A year? Only time will tell.

Chinese officials are looking forward to accepting cargoes that arrived before the ban came into place. If this happens, several other factors come into play while determining the price of coal on board. The gap between Chinese and Australian coal prices has widened to a record high lately.

Rory Simington, principal analyst at Wood Mackenzie Ltd says, “Chinese buyers with stranded cargoes are reluctant to resell these because the cost of these cargoes is so much less than domestic prices.”

He adds, “Even if the cargoes are not released for another six months, the cost including demurrage would still be well below where the domestic prices are currently.”

China's ban has shifted global coal alliances and market rates. The value of Chinese purchases of Australian coal fell by 16% in 2020, to $7.9 billion. On the contrary, China has shifted its dependency on coal to South African, Indonesian and Russian sources.

Wood Mackenzie’s Simington said to Bloomberg, “If the cargoes are cleared it is likely at least some Chinese buyers would see this as a softening in the Chinese Government’s position and an opportunity to take positions with new purchases of low-priced Australian material." 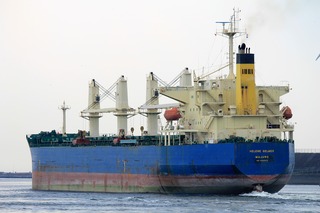