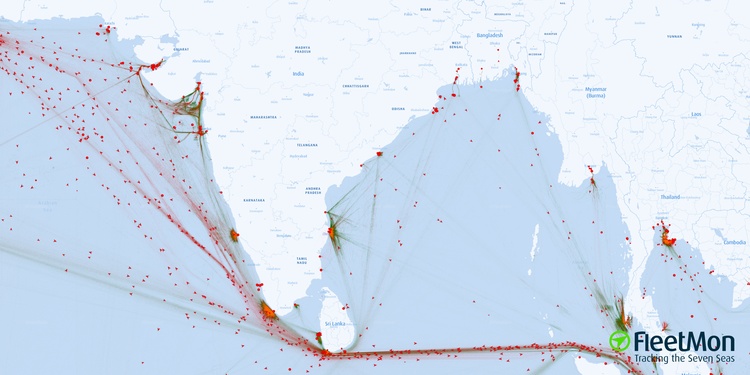 The talking point in major Indian cities right now is the exorbitant price of oil, which is burning a hole in the pockets of the general population of the country. The government too has taken heed of the situation, trying to address the root cause of the problem.

The rising oil prices around the world can be mainly attributed to a reduced supply, with OPEC (Organization of the Petroleum Exporting Countries) member states regulating the global market.

With the current restriction in output put forward by most OPEC members, notably Saudi Arabia, UAE, and Kuwait (the chief source of Indian oil imports), the Indian government is set to seek alternative sources to diversify its global energy demands.

So, what does this have to do with the Shipping Industry and the tanker market in particular? Let's just say everything.

Looking at the bigger picture, India is the world’s third-biggest oil importer and consumer, importing about 85% of its energy demands. For the world's largest democracy and the second-largest populous state, the numbers sure do justice for such a large oil import percentage.

Almost 60% of India's crude demands are met by Middle Eastern countries. According to Poten & Partners, this has reduced to 56% this year.

Asking domestic refiners to brace for diversification of oil imports and gradually cutting its dependency on the middle east, the Indian government has taken up a move that will be costly at the start but will likely pay off in the long run.

For the first half of 2021, the share of Atlantic Americas grew gradually from 15% to 20%. The US Gulf was the main source.

In its latest weekly report, Poten observed, "Even a small change in preferences away from the Middle East towards longer-haul suppliers such as the US, Brazil, or Guyana can have a disproportionate impact on the tanker markets because of the ton-mile effect.”

Tanker broker Gibson observed, “The combination of rising demand and refining capacity indicate growing trade flows to the country both short, medium and long term, meanwhile a drive by the government to diversify imports will only further boost tonne miles.”

With the Indian government recently announcing a plan to invest around $82 billion in port infrastructure, Poten pointed out that, “The switch in imports from short and medium-haul suppliers to more long-haul producers will likely also mean that Indian refiners will gradually switch to using more VLCCs and less Aframax and Suezmax tankers."