Beirut to be Rebuilt by CMA CGM?

Pursuing an aggressive plan of rebuilding Beirut’s port within three years, France's shipping behemoth CMA CGM aims to help Lebanon with a steady recovery. The country has been in political turmoil since August last year, which has made decision-making harder on any governmental matter.

Widening the cracks prevalent in Lebanon's political system, the Beirut blasts came in a death-kneel for the same. A chemical explosion in the Beirut port complex outright flattened the port in August last year, 200 people and destroying entire neighborhoods in Lebanon.

Joe Dakkak, general manager CMA CGM Lebanon said that his company had already outlined the port rehabilitation plans to Lebanese authorities as early as September. The cost of reconstructing damaged docks and warehouses, along with port expansion and digitalization, comes at an estimated cost of $400 million to $600 million.

Speaking to Reuters, he said, “Our project is a realistic one because the situation is urgent. Our offer remains on the table."

In a separate development, German companies proposed a different multi-billion-dollar plan to rebuild Beirut’s port and neighboring districts affected by the blast.

As per Dakkak, the plan proposed by the German team lays increasing stress on longer-term real-estate development projects. If CMA CGM gets invited to the project, Dakkak said they'll be happy to play their part when it comes to port rejuvenation.

The Saade family, which controls CMA-CGM is French-Lebanese, with the group joining the French government in providing urgent aid in relief efforts after the mishap.

As per Dakkak, even though the French government isn't directly getting involved in the project, several French companies, as well as financial institutes, had shown keen interest in the project. The Lebanese would facilitate a public-private partnership for the rehabilitation.

CMA-CGM handles 60% of freight volume traveling in the leading Lebanese port which has seen a rise in aggravated inefficiencies arising due to increased vessel waiting time. The reason? Destroyed equipment in the container terminal and a bulk section of the port is destroyed.

Dakkak says that the tender process, due to start in two weeks, has been stalled by political unrest in Beirut. CMA-CGM, along with MSC remains a primary candidate for getting concessions in running the container terminal. 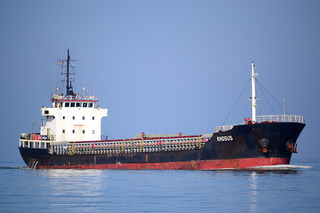