EVER GIVEN grounding: whom to blame? But it’s obvious!

UKP&I: Disappointed by arrest of “Ever Given” Apr 13 Statement:
On 7 April, the owners of the container vessel “Ever Given” received a claim from the Suez Canal Authority (SCA) for the sum of US $916 million.
The SCA has not provided a detailed justification for this extraordinarily large claim. … Owners have cooperated fully with the SCA throughout their investigation into the cause of the grounding, which we understand is now complete. When the grounding occurred, the vessel was fully operational with no defects in her machinery and/or equipment and she was fully manned by a competent and professional Master and crew. Navigation was being conducted under the supervision of two SCA pilots, in accordance with the Suez Canal Rules of Navigation. …
https://www.ukpandi.com/news-and-resources/press-release-articles/2021/ever-given-grounding-in-suez-canal/
SCA authorities deny any responsibility for the grounding, saying that the vessel's master is to blame. Says SCA: “Maybe the captain made a mistake in a specific request, such as the rudder or speed, which could have led to that. Even when orders are issued by the pilot, the captain has the right to change them or use any route or speed other than what the guide says. There was no error or responsibility on the part of the SCA".

SCA blames Master, accusing him of unspecified “navigational” or “steering” mistake. Well, it’s simply impossible. The giant ship (any ship, but especially true in case of big ships) in Suez Canal slit is moving like a vehicle along guides, being locked by physical barriers from all sides. Tens of meters of water space between starboard and portside and Canal banks, leave no room for any steering maneuver, at all; convoy speed, ship ahead and ship behind block or seriously hamper attempts to maneuver by speed. If ship of EVER GIVEN dimensions comes incontrollable for whatever reason, however temporarily, effective maneuver by any available means (steering or speed or dropping anchor) is essentially, impossible – not enough room and time for sheer mass of giant ship to react, even if bridge does everything it can, correctly and in time. Master couldn’t make grounding worse than it was, even should he intentionally steer the ship into Canal’s bank. Size of the ship, narrowness of the Canal and lack of outside force (tugs) to avoid or mitigate grounding did the job, not the Master.
Understood it’s a proven fact, that the ship didn’t suffer any mechanical or electronic failure, and therefore, didn’t run aground because of temporary disability.
It leaves us with the only plausible explanation of the accident - a very strong, gusty wind, which hit giant ship so hard, that she couldn’t react fast enough (nor did she has enough space/time to react), and ended up in Canal’s bank, at 12-knot speed. An officer of one of the ships in this convoy confirmed such a possibility, saying that, at one time, his ship barely missed contact with the bank.
EVER GIVEN is in full load, and with so many containers stacked on her upper deck, both her sides are giant sails, the ship herself being, physically, one big floating sail, experiencing tremendous wind pressure.
This physical fact can not lead to any other explanation, any other cause except two: owners of giant ships, those who design, built and exploit them; and Suez Canal Administration.
The size and general design of mega container ships, with so many containers stacked on upper deck, make them unsafe and vulnerable to a number of types of accidents, including navigation in dire straits in strong gusty wind. In other words, accidents are bound to happen.
SCA in its’ turn, should figure out and assess risks of mega container ships long time ago, and do something about it. SCA didn’t do anything of the above, or else, SCA would at least, escort mega container ships with tugs; and take into consideration – up to mega ships transits delay – weather forecasts.

Florida projected as an alternative to California amid port congestion 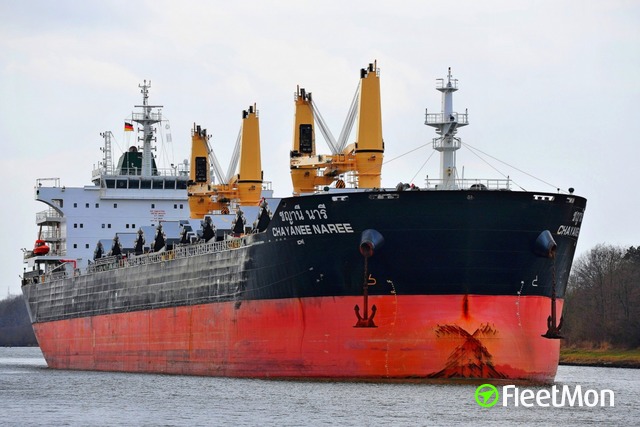 Fishy drug bust on board of Thai bulk carrier in Nigeria 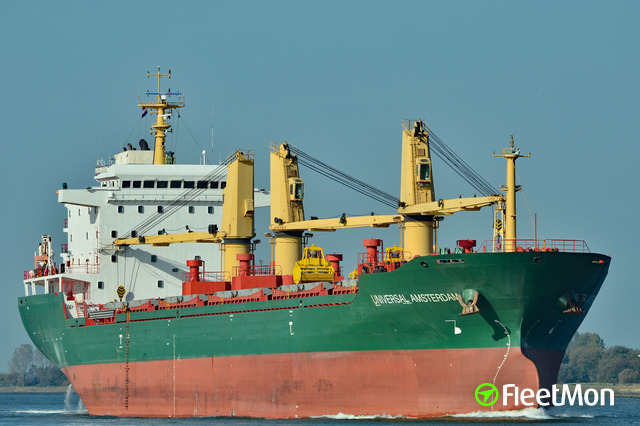