Amidst falling demands due to COVID, LNG cargoes get diverted from India 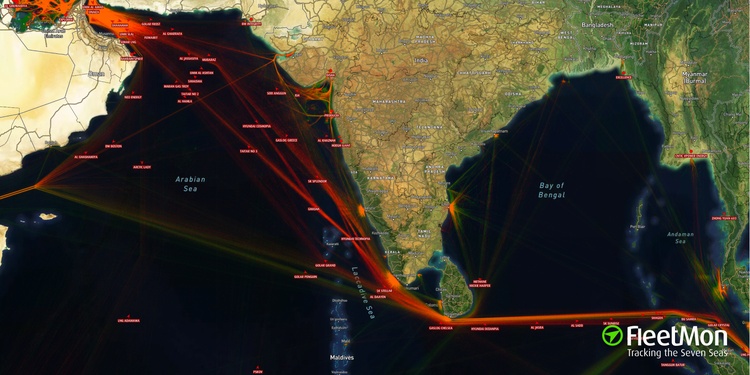 As India faces the second wave of the COVID crisis, partial lockdowns in many parts of the country have resulted in falling consumer demands for LNG cargoes. As a result, many ships bearing LNG cargoes are getting diverted away from Indian ports, as per Reuters.

Since April 20, at least 20 LNG tankers have been diverted away from India, heading instead for other markets in Asia, Europe, and Kuwait.

This week, insiders in the energy industry anticipate that there would be a significant increase in the number of diversions, as well as a reduction in LNG shipments to the country. Reuters even quoted a source who said that many companies are opting for a wait and see approach, in the hopes of seeing a decline in the country's COVID cases so that the economy gets back on track, and consumer demands begin picking up.

India has been reporting daily over 350,000 cases, taking its total COVID case count near 20 million. Further, Indian scientists have suggested that the curve would reach its peak in midweek of May until lockdowns are imposed to curb it.

The Indian government is worried about the economic impacts a total lockdown would have on the general population of the country as well as the state machinery, opting for a partial lockdown in states which are clocking in some of the largest infections.

At FleetMon, we analyzed the data from LNG tankers operating in and out of the Indian subcontinent. We found out that India's LNG imports dropped to about 1.86 to 2 million tonnes in April, clocking in a net decline of 11-14% concerning March 2021, which had import levels reach around 2 million tonnes.

In March 2020, India went into a nationwide lockdown, forcing tanker owners to flag their tankers as floating storage off the country's coastline. Around 1.48 million tonnes of LNG was imported that month.

Monitor the Indian coast with our live-tracking tool FleetMon Explorer. Just sign up for free to FleetMon.com.