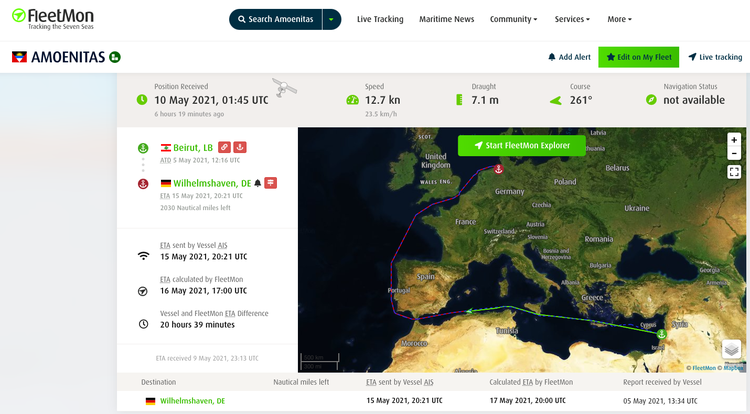 Germany is lending its hands to accept 59 hazardous waste containers, assisting in Lebanon's cleanup initiatives, as the 'Paris of the Middle East' struggles to tackle the magnitude of hazardous waste on its own.

Combi lift operated Amoenitas, a heavy lifting vessel, has been deployed to address this task.

According to the German ambassador to Lebanon, Andreas Kindl, and The National, Amoenitas is proving to be a crucial juncture in the cleanup as most of the containers among the 59 contain hydrochloric acid.

Elias Assouad, Head of the Lebanese-German Business Council (LGBC) claims that the port has been freed of all the toxic, highly reactive carcinogenic chemicals that have been stored in the port complex for decades. But, he still believes that the removal would prove to be the first step in regaining normalization and rebuilding of infrastructure in the important Middle-Eastern port.

Adding to this were the estimates of The UN Development Program, which noted the presence of nearly 10,000 tons of cargo-borne hazards, harmful chemicals, heavy metals, pesticides, etc in port complexes.

Jihan Seoud ( Director, UNDP EEP) also supported the statement, while shedding light on the negative effects of this cargo-borne on human lives, soil, and water.

Colliers International and Hamburg Port Consulting have come together with a proposal for rebuilding and cleaning the site with a budget of $7.2 billion.

Hamburg Port Consulting managing director, Suheil Mahayni said in a statement, "We have strived for a concept that will create employment for tens of thousands of people, the reconstruction of hundreds of thousands of damaged homes, and the opening up of Beirut to the sea."

The Port of Beirut is still trying to overcome the scars of the devastating blast from last year, which occurred due to the concentration of ammonium nitrate, taking away 207 lives leaving 7,500 people injured. 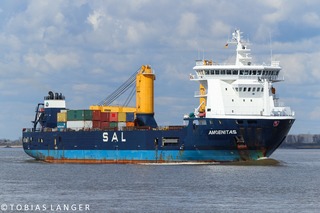