On May 10, 2021, the methanol-dual fueled chemical tanker Takaroa Sun, owned by NYK Bulkship (Asia) Pte. Ltd. participated in what is touted as the world’s first barge-to-ship bunkering of methanol fuel.

The bunkering of methanol fuel was conducted in Rotterdam port under the leadership of the charterer Waterfront Shipping Company Limited, together with the cooperation of the Port of Rotterdam, Royal Vopak N.V., and TankMatch B.V.

The current fuel transfer took place from the Dutch tanker Evidence, built in 2010, to the Takaroa Sun.

Methanol fuel produces up to 15% less carbon emissions during combustion than conventional fuel oil and reduces sulfur oxide (SOx) emissions by approximately 99%. Particulate matter (PM) and nitrogen oxides (NOx) are significantly reduced as well. Methanol is expected to be one of the next-generation fuels for future ships that will have a low environmental impact.

Read the full press release on the Port of Rotterdam website. 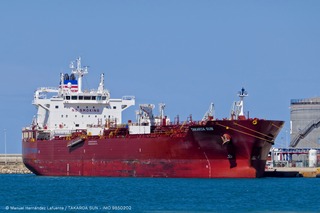 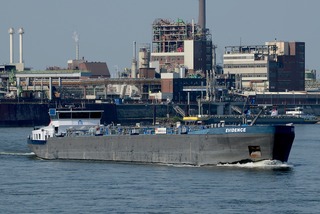