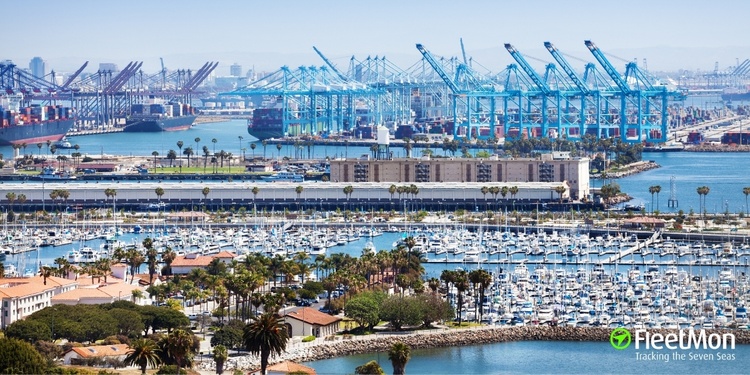 The Port of Long Beach has reported that the third phase of the upgradation of the container terminal is near completion. The Port believes that driven by the strong consumer demand, the container volumes have reached a new normal. Out of the past 13 months, the port has handled record monthly volumes for 12 months. There could be no better time than now for the completion of the upgradation of Middle Harbour terminal at Port of Long Beach as it will help the port manage this rise in container volume.

It was a three-phase project comprising 300-acre of container terminal area. The project had received approval from the harbor commissioner in 2009 whereas the first phase of construction began in 2011. In the year 2017, the second phase of the terminal was completed and finally, in July 2021 the final phase reached completion.

The port officials reported that this terminal with its vast area would have ranked sixth in the US had it been a port of its own. Multiple inputs have been made in this project from the emission control perspective such as electrification of container handling equipment, shore supply for ships at berth, and installation of solar panels.

Port of Long Beach has processed more than 5.5 million TEUs up till now for this year which is an impressive 32 percent growth over the same period in 2020. Last year’s July was the best July performance for the port and this year the port managed to break its record by beating last year’s July performance by 4%. The port has explained that like most of the US ports their growth is also import driven and reported that the monthly exports were down by 20% whereas outgoing empty boxes growth skyrocketed to 22%.

Mario Cordero, the Executive Director of Port of Long Beach said that last month ships took away the empty containers from the harbor. It cleared the valuable space at terminals at a time when the port is handling a historic volume of trade. Expressing hope for the rebound of exports in August, Mr. Mario stressed the importance of container movement in the current overstressed global supply chain.