As part of America’s Marine Highway Program (AMHP), six new marine highway projects have been designated by the US Department of Transport’s Maritime Administration (MARAD). The new route is between the Commonwealth of the Northern Mariana Islands (CNMI) and Guam. This will open doors for the expansion of the existing containerized freight services between Guam and CNMI of Rota, Tinian, and Saipan. Currently, the island’s seaport brings nearly all the household commodities and commercial goods for the local residents.

In addition to the Guam and CNMI route, project designations have also been made in New Jersey, Missouri, Oregon, the west coast of California, Wisconsin, and Washington.

Services on the route between Raritan Port, New Jersey, and New York City will be supported by the Port Raritan Terminal Facility Project. The CNMI Freight Improvement Project will facilitate the shipment of containers between the Port of Guam and Commonwealth Port Authority ports of Saipan, Rota, and Tinian. In Washington and California, the M-5 Coastal Connector Project will be providing services to transport goods on barges. In Missouri, the Missouri River Container on Barge Project will expand options for the movement of goods including agricultural commodities originating from Central Missouri, through inland waterways to the ocean ports along the Gulf.

These projects will reduce the truck traffic on the interstates and provide regional cargo interests with new modal options. The designation made by MARAD will make these projects eligible to receive grants from the US government when funding is available. Lucinda Lessley, Acting Maritime Administrator has said that these new project designations will improve freight movement through inland waterways and will boost America’s maritime industry. It is expected that projects will help reduce emissions, ease traffic congestion and create new jobs in the US.

Click here to view the vessel traffic around the Mariana Islands with FleetMon Explorer. 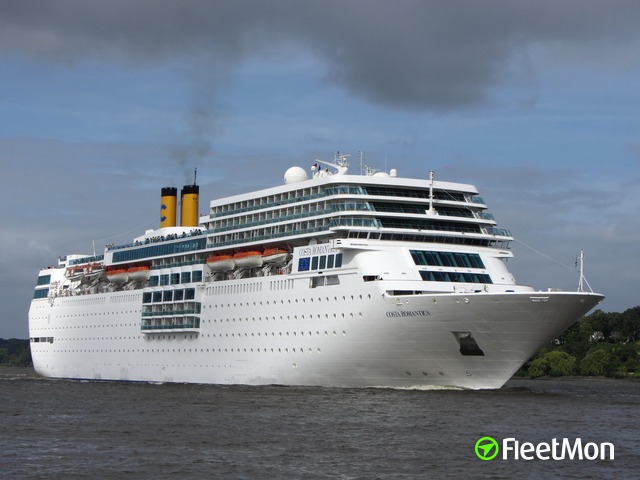 Costa Romantica’s Career Comes to an End at the Scrappers