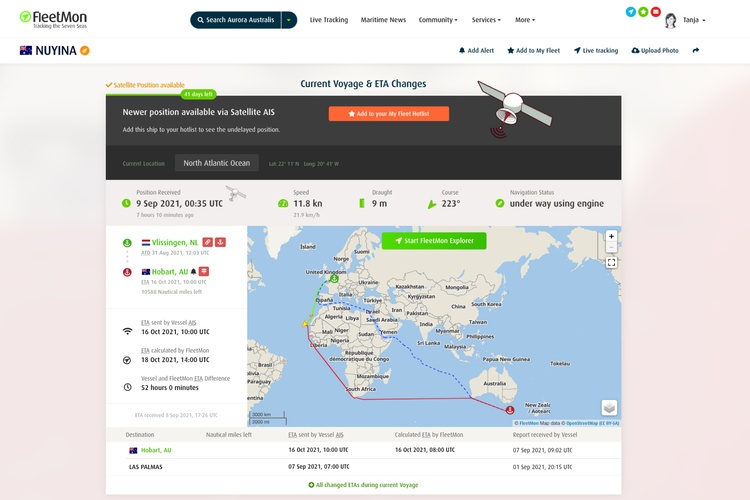 Australia's grand Antarctic ice-breaking research vessel, Nuyina set its sail for its homeport of Hobart, in Tasmania on Wednesday, September 1. This 24000-kilometer journey from Damen Vlissingen, Netherlands to Australia is the vessel's maiden voyage after delivery.

The 160-meter Antarctic Supply Research Vessel (ASRV), RSV Nuyina is a replacement for the retired vessel, Aurora Australis. Built under the government's Antarctic strategy and 20-year action plan, the vessel will be operated by Serco for the Australian Antarctic Division.

The 24,000 metric-ton RSV Nuyina, was officially handed over to Australia in a ceremony on August 19. The journey home began after successful final stage testing in the North Sea. Even though 98% of construction was completed by July 2020, delivery was postponed due to delays in sea and ice trials caused by the pandemic.

Research facilities onboard include laboratories, and offices like air chemistry and neurological labs, spread over 500 square meters. It is capable of supporting climate-controlled living for 32 crew, 116 special personnel, and one doctor for at least 90 days. The range of the vessel is 16000 nautical miles at 12 knots which are accompanied by extraordinary icebreaking capacities of up to 1.65 meters at 3 knots

RSV Nuniya, designed by Knud E. Hansen, the renowned naval architect, was constructed at the Damen Shipyard Galati in Romania. It was a collaborative effort, by more than 120 Dutch companies, which commenced in May 2017.

According to Kim Ellis, Australian Antarctic Division Director, the maiden voyage, is a great opportunity to test the capabilities of the vessel over an extended sailing period.

RSV Nuyina is expected to arrive at Hobart by late October after which it will undergo testing certification over an extensive period of 2 years, to assure secure future operations. 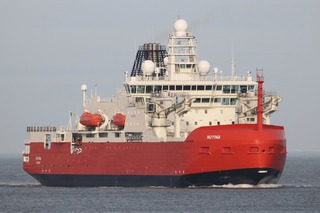 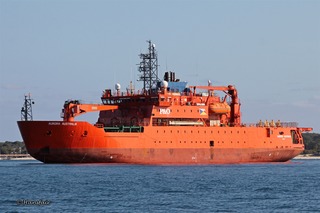