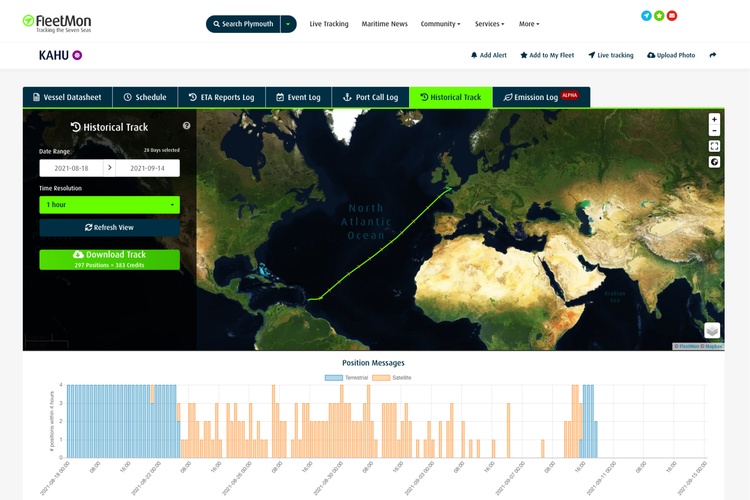 The National Crime Agency (NCA) on Thursday, 9th September, undertook a massive drug bust operation leading to the seizure of more than two tonnes (2,000 kg) of cocaine. The large haul was confiscated from a luxury yacht intercepted about 80 miles (130 kilometers) from the port of Plymouth.

The Jamaican flagged Kahu, the yacht, was raided by officers of NCA, Border Force, and the Australian Federal Police (AFP) in the international waters north of Guernsey. The interception concluded with the seizure of a large quantity of type A drugs, worth $221 million, found as hundreds of sealed packages inside several black sports bags.

The group of six men on board the vessel, including one Briton and five Nicaraguans, all aged between 24 to 49 have been arrested on the suspicions of drug trafficking by NCA.

The raid was carried out on basis of initial intelligence inputs and evidence provided by AFP from a sting operation named Ironside, as revealed by AFP Assistant Commissioner Lesa Gale. After which the Border Force actively monitored Kahu's movements from its cutter Searcher and the coastal patrol vessel.

Kahu, the luxury yacht had originally been listed for sale in 2018 for £1.3 million and had left Barbados, 18 days ago after which it sailed from the Caribbean toward Europe. The vessel was also monitored for suspicious activities through satellites during its journey across the Atlantic under the operation Ironside.

He went on to say, "Also, the arrests of the men transporting the drugs means the crime group has lost trusted offenders who would have been key to their operation."

Currently, the six arrested men are still under the custody of NCA, awaiting interviews by officials as part of the investigation into charges of smuggling. Kahu, the yacht has been transported back to UK mainland for a deeper search by the British police.