Chinese Port Closures Likely to Disrupt Exports Worth $6.8B 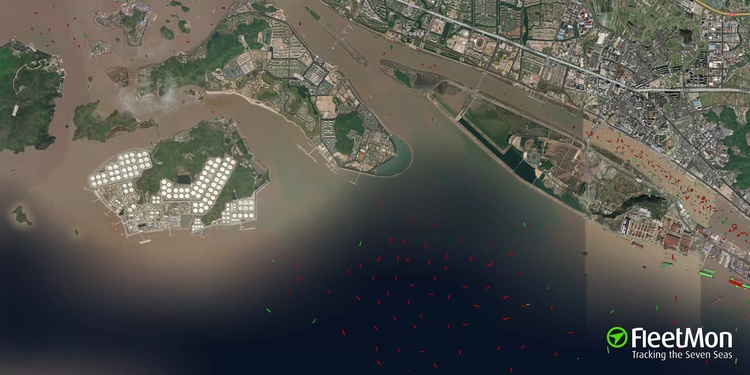 The world's busiest ports of Shanghai and Ningbo-Zhoushan in China, have been forced shut in wake of typhoon Chanthu. The suspension of operations at both ports since late on Sunday is expected to disrupt exports worth $6.8 billion according to Russell Group, a risk modeling company.

Shanghai has been battling harsh weather since the approach of the typhoon. The Shanghai International Port Group in a statement said operations at all terminals of the world's busiest port by cargo volume were to be suspended at the latest by Monday for an indefinite period.

Chanthu is significantly weaker since it crossed the Philippines and skirted the Taiwanese coast over the weekend. It is expected to make landfall along the eastern coast of Zhejiang by Tuesday night with a wind speed close to 90 miles per hour.

The nearby Ningbo-Zhoushan, which handles about 1.2 billion tons of cargo every year, and is the busiest in the world by tonnage also closed late on Sunday evening. A large portion of the cargo handled at the port is crude and the nearby region is densely covered in tank farms that lay exposed.

According to state media, more than 4000 vulnerable vessels, including 1100 merchant vessels are awaiting sheltered locations for anchorage at the Ningbo port. The port had just resumed operations at full capacity with the reopening of Ningbo's Meishan container terminal, since its closure in August for weeks due to breakout of covid-19 infections at the site.

Analysis by Russell's group expects a disruption of trade worth a total of $14B with exports accounting for $3.4B, halted at both the major port just ahead of the holiday season.

The recent closure of the two busiest ports is expected to cause severe ripple effects across the global supply chain by further intensify the congestions at the already affected Chinese ports.