Florida projected as an alternative to California amid port congestion 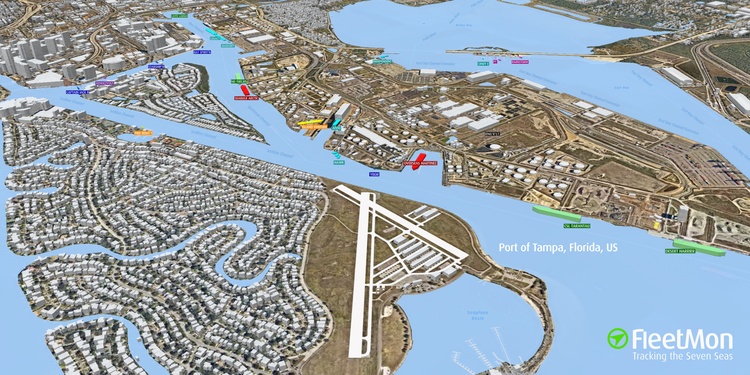 Florida has joined the series of regional ports in the United States seeking to catch the opportunity created by the ongoing congestion at primary seaports in the US. The Florida Ports Council (FPC) is aggressively promoting its fifteen public seaports as a possible solution to the backlogs at California and other seaports of the US.

President and CEO of Florida Ports Council (FPC), Michael Rubin said that Florida is open for business and is offering solutions to deal with the global supply chain crisis. He explained that rather than waiting off the coast of California, the suppliers can save time and money by offloading their cargo in Florida and then moving it to other discretionary markets. The Florida Ports Council is contending that California has lost its position as the most efficient channel for connecting commerce to the East Coast or Midwest. Promoting Florida as the alternative to California, Rubin said that Florida is the key to clear the cargo shipping logjam and save Christmas for Americans.

Florida’s waterborne trade witnessed a decline of 16% in the year 2020, which was a sharp drop of over $14 billion from 2019. With 8% y-o-y growth, the breakbulk happened to be the only cargo segment to take a green growth line on the chart. Container trade was down by 6% as only 3 of the 15 ports of Florida recorded an increase in container volume. The FPC’s marketing of Florida as an alternative to congested ports of the West Coast, can be seen as one of the efforts taken to save the declining maritime trade of the state.

To offset the pandemic impact in seaports, earlier this year, Ron DeSantis, Governor of Florida had announced a stimulus package of $250 million. FPC has also taken capital improvement initiatives and in the next five years, a total of $3.3 billion will be invested by the ports for berth rehabilitation and repairs, harbor, and channel deepening projects, and cargo terminal projects.