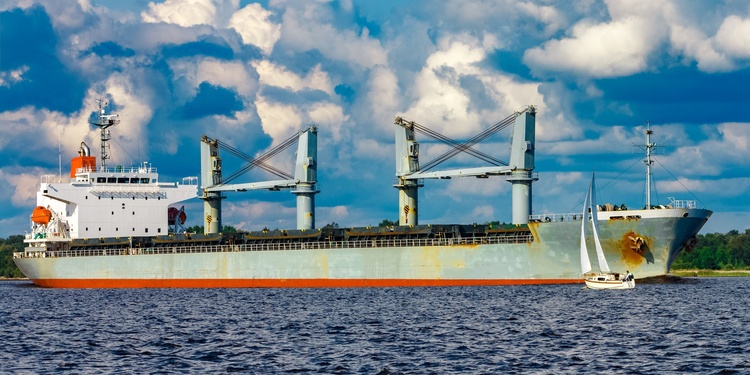 The disruptions in the supply chain and the lack of containers and vessels are expected to last through the holiday season this year and perhaps far into 2022, so businesses are constantly looking for new ways to keep goods flowing from Asia into the United States. Home Depot executives stated that the concept of chartering ships was suggested in jest at a meeting, but the firm, along with suppliers like Walmart, IKEA, and Costco, quickly entered the charter market.

When the Port of Houston tweeted images of a general cargo ship unloading last week, it underlined some of the recent shipping patterns. "E-commerce freight is growing and flowing through Port Houston," the port stated. " The general cargo ship Star Lygra docked at our Turning Basin terminal with some unusually happy TEUs."

The 50,700-dwt general cargo ship exemplified a number of the contemporary shipping industry trends. The freighter departed China in late August carrying containers bound for Amazon, the world's largest online store. Since its Chinese logistics firm began booking ocean freight services for its suppliers over five years ago, the retailer has increased its own exports via sea. As with others in the retail industry, they have contracted ordinary cargo ships to transport their goods and are bypassing congestion at West Coast ports by shipping to places such as Houston.

The Star Lygra departed China on August 27 and transited the Panama Canal in late September. In Houston, the vessel unloaded for five days before leaving for Baltimore, where it was expected to arrive on Thursday.

The Star Lygra's operator, G2 Ocean, a joint venture of major breakbulk and bulk shipping giants Gearbulk and Grieg Star has transported a larger number of containers in 2021 due to the continued global supply chain problems. The firm anticipates the trend to continue into 2022.

Coca-Cola also shared images earlier this month showcasing its use of ordinary cargo ships to carry raw ingredients to keep their production running. When it was unable to secure containers or containerships to convey the commodities, the firm turned to bulk freight.

Large merchants and shippers are increasingly looking for alternatives since measures such as those outlined by the Biden administration are expected to take months to decrease the backlog.