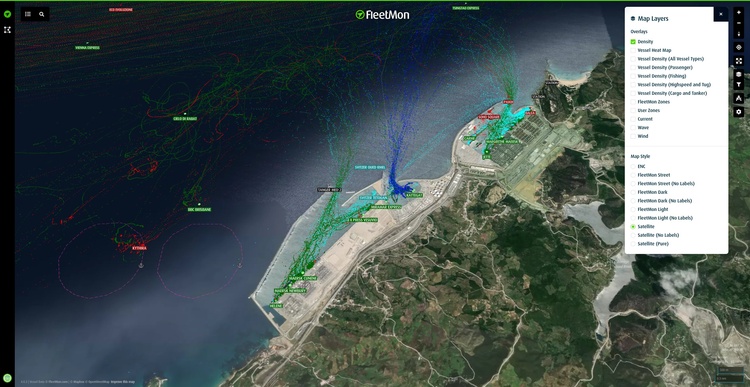 According to a statement from the General Directorate of National Security (DGSN), the narcotics were discovered during search operations at the port.

"The national security services' control and search operations aroused concerns about the technique used to seal a container on board a cruise liner bearing the flag of a European State which had departed from a port in Brazil en route to the ports of Antwerp and Portbury," DGSN stated.

Cocaine concealed in 40 black suitcases was discovered and seized during the search operation. The inquiry discovered that a large amount of cocaine was smuggled using the unlawful technique known as "rip-on / rip-off." The procedure involves breaching customs seals on containers bound for the nation of embarkation, filling them with cocaine, and then replacing them with counterfeit and unlawful seals.

The judicial police are examining all the details regarding the incident to determine individuals who were involved and to apprehend those related to the drug trafficking network responsible for the attempted drug trafficking.

Morocco has launched the operation as part of its attempts to combat drug trafficking. In the battle against drug trafficking, the Moroccan security services have come together to achieve victory. Many suspects have been detained by security forces, and large amounts of narcotics have been confiscated at the port this year itself.

A 54-year-old man was caught for importing 2.85 kilos of cocaine in July by police and customs officials at Tanger-Med Port.

According to a 2020 report from the DGSN, the security forces of the nation confiscated 132 kilos and 167 grams of cocaine last year.

Additionally, the police have confiscated 476,923 psychotropic tablets, over 8 kilos of heroin, and more than 217 tonnes of cannabis during regular security operations.