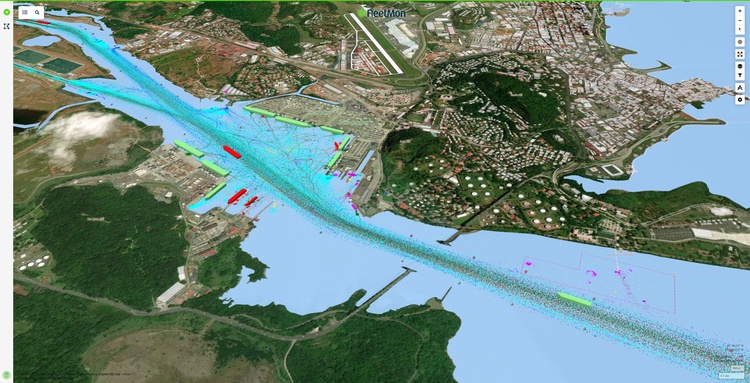 Panama City on Saturday, October 30 witnessed the nation's largest drug bust ever, with more than 3.5 tons of alleged illicit drug cargo being seized from a vessel bound to Holland, Netherlands.

The seizure was carried out by officials of the National Aeronaval Service of Panama (Senan) on a container ship in transit from Chile at the Panamanian Pacific port.

According to the details provided, a total of 3499 packages of illicit drug substances were confiscated from 100 bags concealed in containers onboard the vessel.

Luis de Gracia, chief commissioner of the second region of Senan in a conversation with a local media outlet revealed that suspicions were first raised during regular profiling of containers on board the ship arriving from San Vicente, Chile.

He added, "Alerts were activated and it is verified that there is a falsification of the seals,” which later led to the discovery of drugs. De Garcia also confirmed that the confiscated substance was yet to be determined.

Panama in recent times has become the top choice of drug smugglers as a transit country for markets of North America. According to statements made by the minister of public security on October 22, the nation had seized a record 98.6 tons of drugs so far this year, against a total of 84.87 tons of drugs confiscated in 2020, mostly cocaine.

The minister also revealed that more than 80 tons of drugs seized this year had arrived through sea routes. He added that more than 27 tons of cocaine were seized from shipping containers throughout the year, highlighting the increasing practice of the modality of concealing drug consignments in cargo containers.

The Senan has also realized data to increase awareness against the containerized cargo modality of drug trafficking. According to the agency, more than 20,262 packages have been seized from containers out of a total of 69,047 drug packages confiscated through different operations.