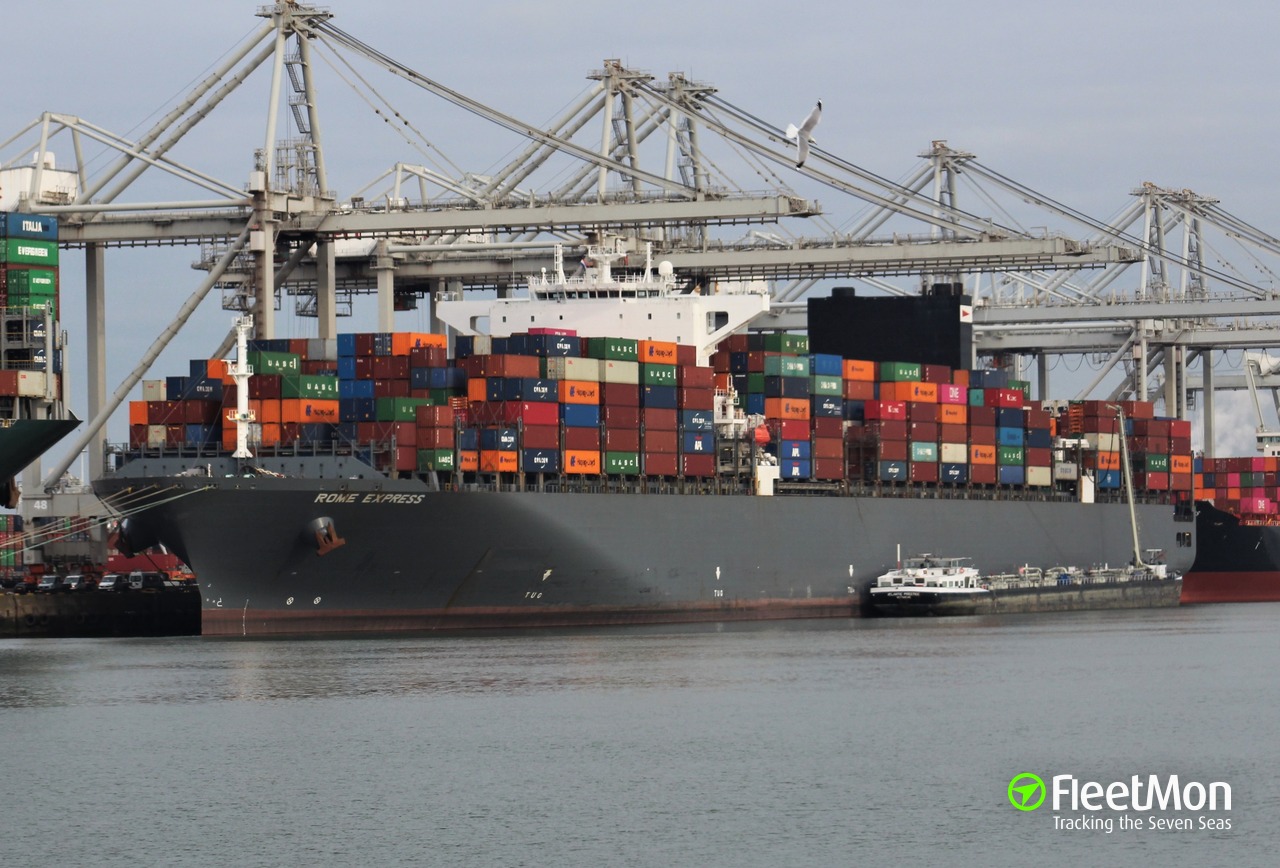 Mega container ship ROME EXPRESS interrupted her voyage from USA-Colombia via Panama Canal to Busan Korea (EC2 Schedule), on Nov 29, sailing in the Pacific along California peninsula. She called Ensenada Mexico, because of medical emergency, 6 crew were in need of immediate hospitalization. The ship arrived at Ensenada on Dec 1, 6 crew were taken to hospital, in serious condition, with 5 of them tested positive – according to local sources.
On Dec 4 Hapag-Lloyd issued statement, saying that 3 crew were medevaced, 2 remained in quarantine (on board?), and that “The vessel will remain at port until the alternate crew are tested and cleared for boarding. Once they are on board, ROME EXPRESS will resume her voyage to Pusan”.
The ship meanwhile, according to her track, left Ensenada anchorage at around 0000 UTC Dec 4, probably resuming voyage, probably not – her destination yet unclear, AIS showing confusing info. 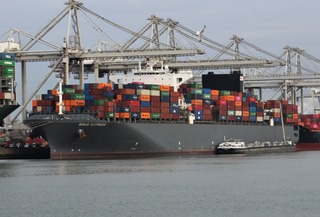