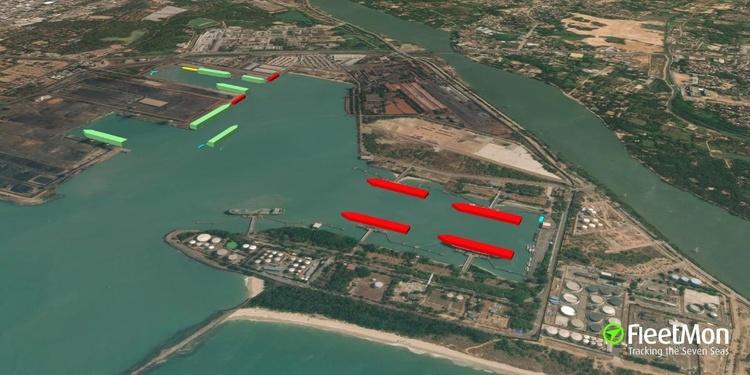 Singapore-based LNG Alliance has signed a cooperation agreement with New Mangalore Port Trust (NMPT), an important state port in South India for the development of a large LNG import terminal. The proposed terminal will have an initial annual capacity of 4 million tons and can expand up to 8 million tons per annum. The expansion will be spanned over the next twenty years to meet the estimated rise in demand for LNG cargo. This terminal will be India’s first dedicated LNG bunkering facility, providing LNG bunker to ships visiting NMPT port and bunker shuttles serving on the west coast of India.

Dr. Muthu Chezhian said that this new terminal is an essential step towards realizing India’s cleaner energy goals, phasing out coal, and making a transition into an emission-free economy using LNG as a bridge fuel. Dr. Muthu explained that his company would be developing a tolling fee-based floating LNG import terminal within the maritime area of NMPT.

The NMPT was selected for the LNG terminal because of its strategic location on the west coast of India. The port is well connected with the network of significant railways and interstate highways, thus opening easy access for downstream natural gas distribution.

India is a fast-growing economy, and its energy consumption is expected to grow by at least 35% by 2030. The rising Asian economies struggle with poor air quality and rising energy demand. Sooner or later, transiting into the cleaner form of fuel such as gas will become inevitable for the world. This agreement can be seen as a big step in India’s story of transiting towards a cleaner energy future.