Green Shipping Corridor to Commence Between Shanghai and Los Angeles 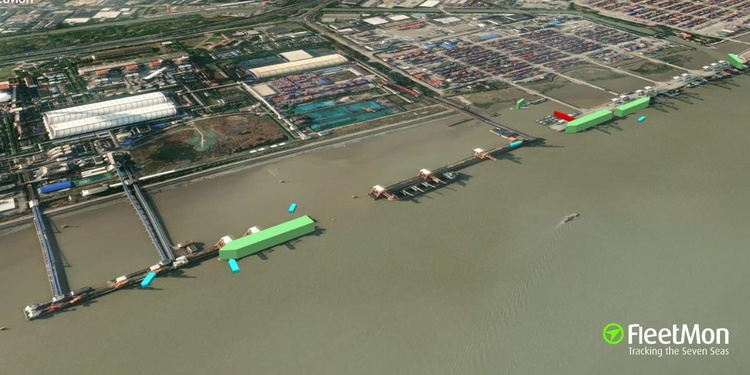 The ports of Shanghai and Los Angeles, two of the busiest ports globally, have partnered up to start a green corridor to reduce emissions along one of the busiest trade routes. The goals for this plan involve gradually introducing fuels ranging from low, ultra-low to zero-carbon fuelled ships. Introducing the first zero-emission trans-pacific ship by 2030, the program will enforce the best management practices from an emissions standpoint and reduce supply chain emissions from port operations.

The plan is to materialize the initiative launched at the United Nations climate change conference or COP 26 held in Glasgow. This initiative was to establish zero-emission shipping corridors between like-minded nations. Furthering this agenda, the City of Shanghai, the City of Los Angeles, the Port of Shanghai, the Port of Los Angeles, and the C40 cities, a syndicate of over 100 mayors of the world's leading cities, have initiated this green shipping corridor partnership. Since the goal is ambitious, namely limiting global heating to 1.5 degrees, it requires work to proceed on a war footing. Hence the need for public-private partnership. The private shipping partners in this initiative include A.P. Moller - Maersk, Shanghai International Ports Group, Aspen Institute's Shipping decarbonization initiative, and CMA-CGM, among others.

The overarching vision is that this initiative will catalyze and inspire action from other entities in the world. By creating a scalable and replicable model for green shipping and demonstrating its effectiveness, other players in the industry will converge to this or similar models quicker and jump-start a market in zero propulsion technology for deep-sea shipping.