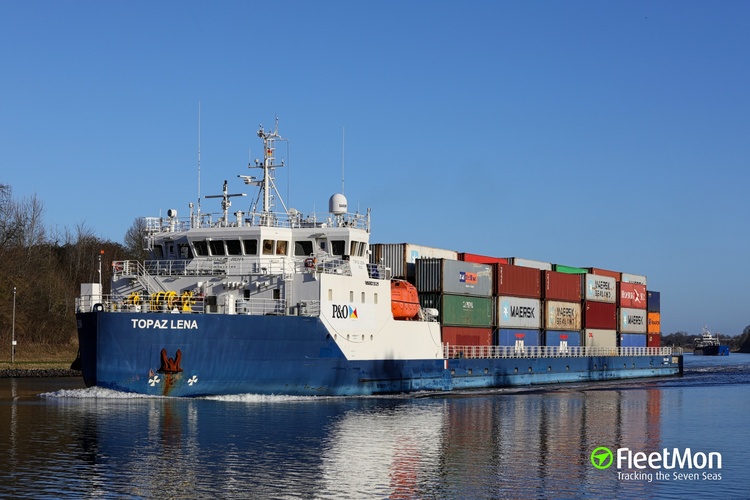 Better known for port operations and offshore support, P&O Maritime is launching its container service. DP World’s subsidiary, P&O Maritime logistics, has recently retrofitted one of its Multi Carry Vessels (MCV), the TOPAZ LENA, to become capable of transporting 20, 40, and 45-foot containers. The decision comes in the wake of P&O’s strategy of plying their trade on low volume – high-frequency short sea trade routes.

These trade routes offer an opportunity to service niche markets that are reeling from the supply chain problems. So far, these problems have only been further aggravated by most maritime industry focusing on transporting larger volumes of containers. P&O states that the inspiration for the venture came from working with another of DP World’s subsidiaries, Unifeeder, which provides service on routes that usually involve transporting a lower number of containers but have fast turnarounds due to logistical limitations. P&O has slated five other vessels to undergo a similar refitting and enter the container market. They have also stated that they plan to service niche trade lanes from the Americas to Southeast Asia while also focusing on transit via Russian rivers between Turkey and the Caspian.

However, the vessel's launch is mired in unavoidable, unfortunate complications. TOPAZ LENA is registered in Russia. The UK has announced that its ports will be closed to all vessels and companies registered in Russia on account of the Russian invasion of Ukraine. At the same time, discussions are ongoing in the EU to expand the economic sanctions already in place to include the maritime industry and close EU ports and waterways to Russian vessels. 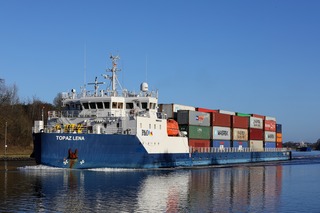