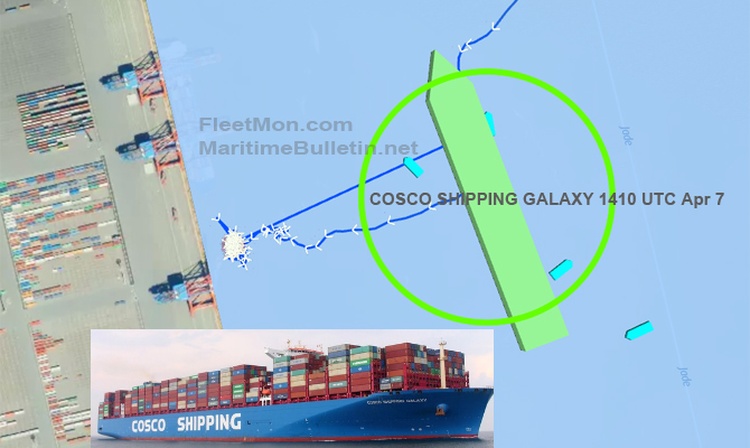 It isn’t clear what happened next – the giant ship stopped some 300 meters off pier, as of 1410 UTC Apr 7 remained in the same position off pier, with 4-5 tugs around her. 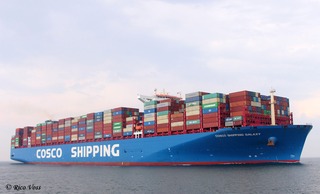 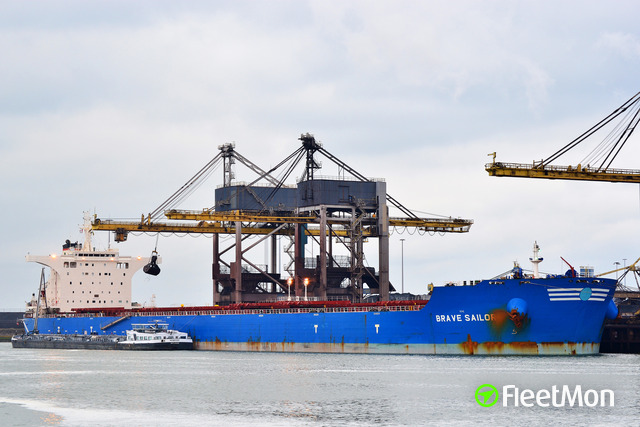 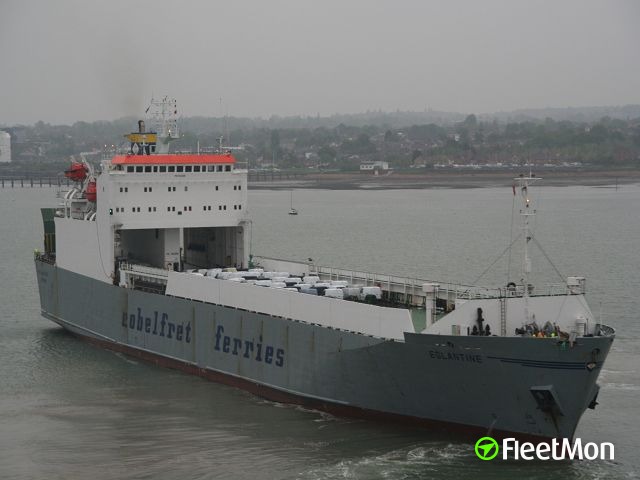 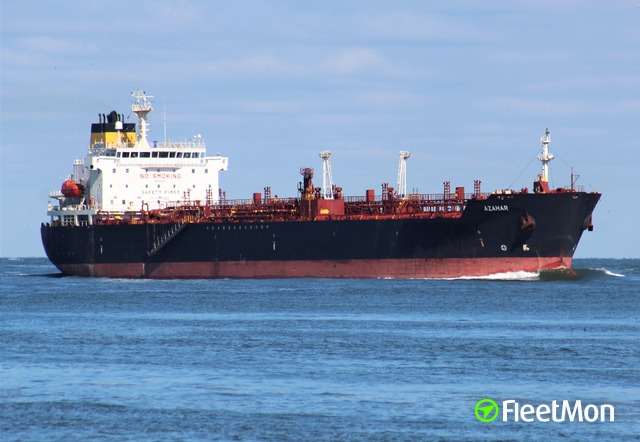 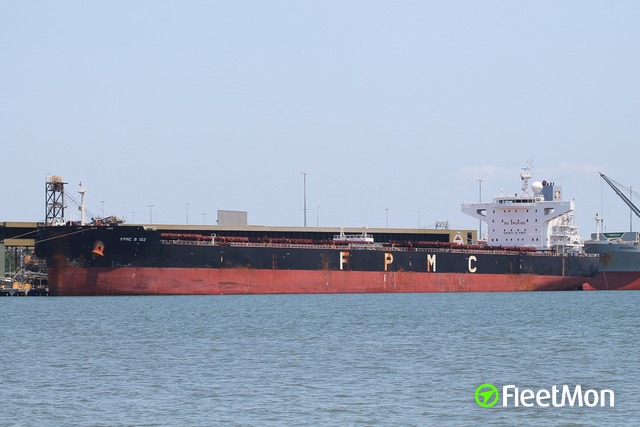