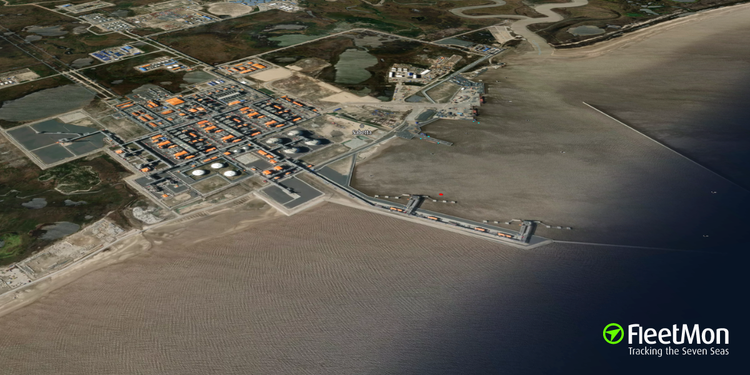 Port of Sabetta in FleetMon Explorer

Port of Sabetta in FleetMon Explorer

U.S. Secretary of State remarked that the Russian Ministry of Defence's internal shipping company, Oboronlogistika, and S.C. South LLC; one of its subsidiaries, M Leasing LLC, Marine Trans Shipping LLC, Nord Project LLC Transport shipping company, Transmorflot, and Northern Shipping company are added to the list of sanctioned entities under the allegation of having transported Russian weapons. Among the sanctioned companies is OOO Fertoing, a Hydrographic and dive company. This firm provides technical support for oil and gas pipelines and other high-end projects for the Russian government. It has been instrumental in completing Russia's high-profile marine projects like constructing the port Sabetta in Siberia and installing the Prirazlomnaya offshore oil platform.

Sanctions were already in place on Russia's shipping company in Russia; Sovcomflot, and United Shipbuilding Corporation, which is the country's most sophisticated and largest builder. In a more recent turn of events, Sovcomflot has resorted to selling ships to buyers in the Middle East and Asia to repay loans to western banks. It has sold five tankers to Koban Shipping in Dubai and four natural gas carriers to Singapore-based Eastern Pacific Shipping. The move comes before the deadline on May 15th imposed by the E.U. for companies to cease business with Russia.