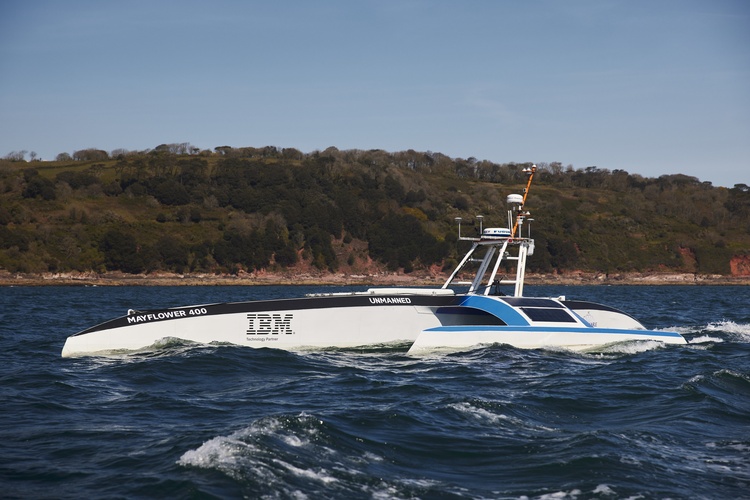 After nearly completing the halfway mark of its pioneering and ambitious journey, the Autonomous vessel MAYFLOWER (MAS400) was diverted to the Azores to diagnose and fix a problem that was causing its power levels to deplete. The project engineers later disclosed that an "isolation switch" that is not integral to the autonomous operation of the ship had failed. The problem seems to have been resolved, and the team is waiting for unconducive weather to subside to resume operations.

The MAYFLOWER is a research vessel built under a partnership involving the University of Plymouth, IBM, Autonomous Vessel Specialists Msubs, and the Charity Promare. It is set to gather oceanic research data and the impact of climate change and pollution to guide research. The vessel is set to undertake a transatlantic journey from Plymouth to Virginia and Washington D.C. According to the plan, the ship departed from Plymouth on its more than 3000 miles journey. After nearly 1,300 miles, a problem was encountered, putting a halt to the journey. The project team's last report showed that the vessels' batteries were dropping faster than usual and had fallen to 42% of their power. The problem was initially perceived to be mechanical, but after the vessel was brought in, the problem was correctly identified and fixed.

This is the second voyage of the vessel. The first voyage was declared a failure when a mechanical failure onboarded. The flexible metal coupling between the vessel's generator and the exhaust system had fractured, causing the diesel to leak and leaving the vessel without power.