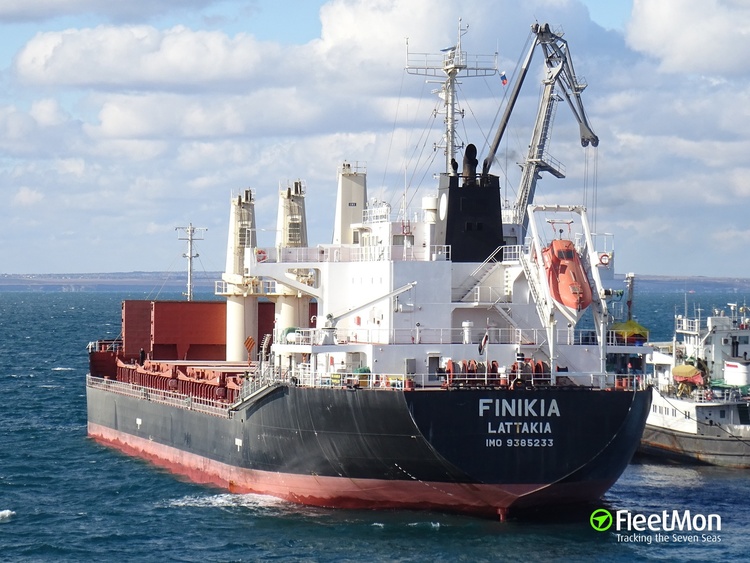 Vasyl Bodnar, Ukrainian Ambassador to Turkey, stated on May 15th that the Russian operation of selling stolen Ukrainian grain is continuing. This time another vessel, this time the Syrian flagged FINIKIA, had taken on a load of grain in Sevastopol and headed towards the Bosporus. He requested the Turkish authorities prevent the vessel from crossing the Bosporus or calling on Turkish seaports.

FINIKIA is a Syrian flagged vessel owned by Syriamar, the state-owned shipping agency of Syria. The company itself was blacklisted by the US government back in 2015 for its connections to the Syrian dictator Bashar al Assad. Despite the sanctions, the company and its vessels have continued their operations. FINIKIA has traveled across the Bosporus strait twice in the past two months and went dark on satellite AIS tracking each time. Its signal has reappeared on return to the Turkish VTS zone, where it is mandatory to have a working AIS transmission. This is indicative of the crew of the FINIKIA turning off their AIS transponders to conceal their activities.

Ukrainian open-source intelligence has obtained webcam footage of the FINIKIA at Sevastopol’s harbor and calling on the grain terminal on May 11th. The vessel was photographed passing through the Bosporus on May 15th. As of May 17th, the vessel has crossed the Bosporus and is on the route to Syria. The sanctioned government of Syria has close ties with the Russian government, and Ukrainian intelligence believes that the stolen grain is laundered through Syria for sale in neighboring countries. 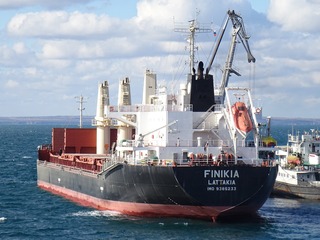