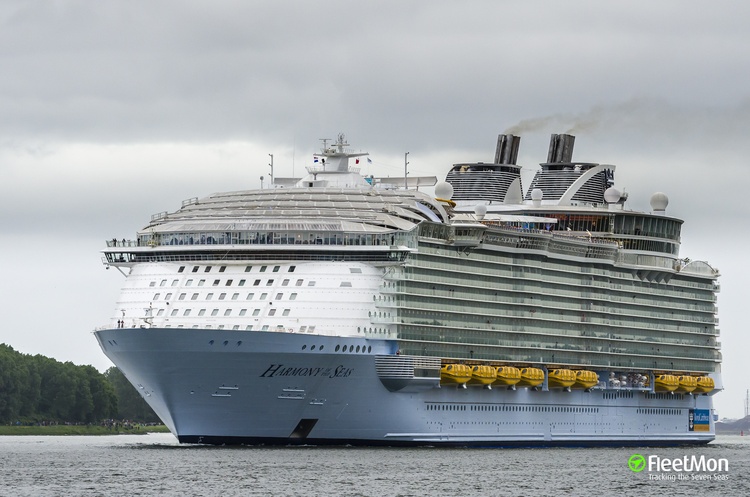 HARMONY OF THE SEAS by ship spotter HannesvanRijn

HARMONY OF THE SEAS by ship spotter HannesvanRijn

The US coast guard investigation into the matter of a Royal Caribbean vessel, HARMONY OF THE SEAS, venturing into the Cape Canaveral rocket safety zone has ended. The Coast Guard has concluded that the ship violated a "Coast Guard captain of the ship port safety zone" without authorization, which had led to the cancellation of the rocket launch.

The incident is from late January. After two counts of postponement of the launch on earlier occasions due to bad weather, the launch was finally greenlit for 30th January but was forced to postpone again due to the vessel Harmony of the seas venturing into the rocket safety zone. As per protocol. The coast guard had predetermined the safety zone and sent out an alert informing the mariners that the designated area would be closed from 1600 to 1845 hours on the launch.

The region below and around the rocket's trajectory is marked off as a safety zone to protect life and property in the contingency of termination and the risk of debris falling to the ground. Capt. Mark Vlaun, Commander of the coast guard, Jacksonville, spoke at an industry gathering that they are working on more ways to inform vessel operators and crews of the safety zone information. He also stated that they are looking into changing the dimensions of the safety zones and setting up designated navigation routes to minimize the effect of closures on commerce.

HARMONY OF THE SEAS