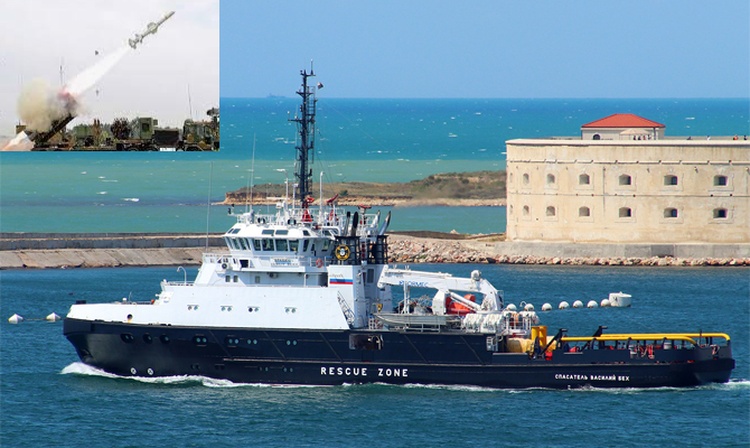 Jun 17 1220 UTC UPDATE: Ukrainian Military Command South (YUG) updated strike info – according to Command Statement, the ship’s on fire if still afloat, 70% of people on board “disabled” (died?), fate of the rest unknown. Again, there’s no outside confirmation so far. Russia won’t confirm the strike in any case – if the ship wasn’t hit, Russia will declare it all “fake news”; if the ship was indeed, hit and is on fire, Russia will hold on info for as long as possible, making up its’ own story.

Replying to comments in FB: Yes, they did fit TOR system after cruiser Moscow disaster, no big deal. It's not a tug boat you - Daniel Anderson and Orly Aguilar - believe tug is, it's not a port tug, it's a SAR ship, modern and huge. Why do you comment on something you know little or nothing about? To Oloye Oloye Oloye - for biased people, everything against their beliefs is fake news, reality just doesn't matter.