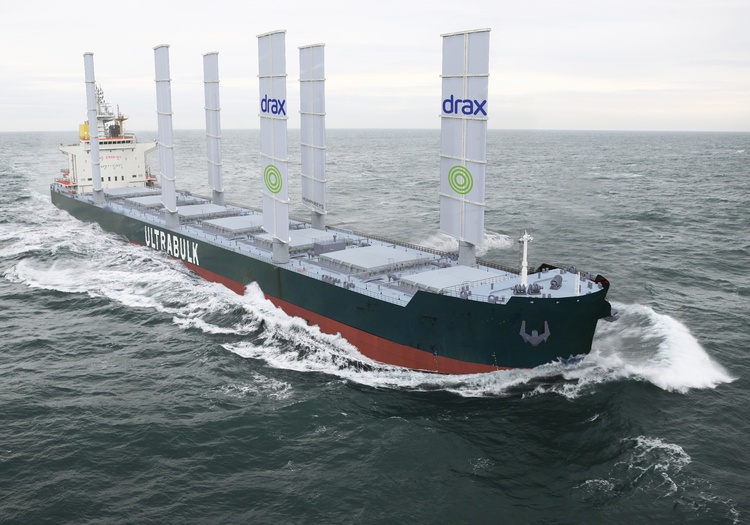 The UK-based maritime technology company; Smart Green Shipping (SGS) has received £5 mn in combined funding from government and private investors. The funding is for the testing of fully automated wing sail technology that can be retrofitted onto vessels for emission reduction. This wind technology project named FastRig is expected to make a demonstration on a commercial vessel by 2023.

The three-year project received a £3.2 mn investment from private entities, which prompted a further £1.8 mn grant from a Scottish enterprise. This collaborative R&D project will bring together many big names in the industry, such as Malin, Drax, Peel ports, and Lloyd's Register. Smart Green Shipping has stated that with partners' aid, the system has already been optimized to ensure easy retrofitting and not hinder port operations for the vessel. They have also noted that the weather routing software "TradeWind", which plots the route for optimum winds throughout the journey, will be further developed. The first testing of the FastRig system will be done at a land-based site at Peel Ports, Hunterston Port, and Resource Centre in collaboration with engineering partner Malin. Following this, a demonstration aboard a commercial vessel is planned sometime in 2023.

The sail technology can be implemented on 40,000 vessels currently in the global merchant fleet. Modeling tests undertaken with SGS and the Wolfson Unit of the University of Southampton have shown that this system could create almost 20% savings in fuel reduction and GHG emissions for retrofits and 50% fuel savings for small and medium-sized newbuilds.