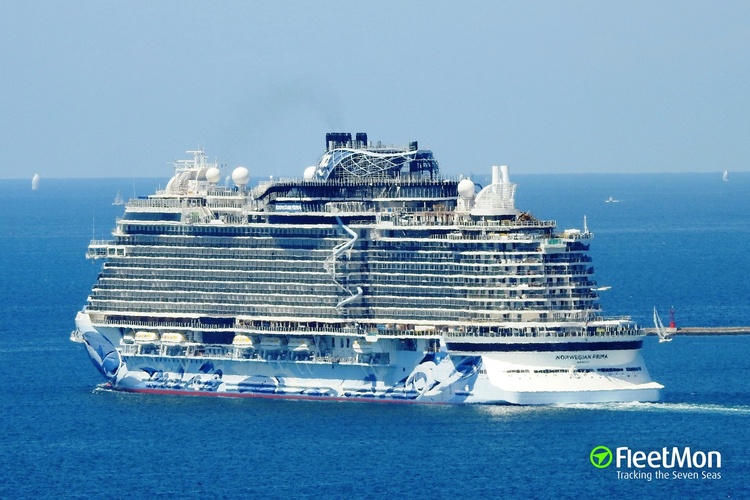 The cruise vessel, NORWEGIAN PRIMA, was delivered by the Italian Shipyard Fincantieri to the Norwegian Cruise Line (NCL) at Marghera, Venice. This 143,500 gross-ton cruise ship is the first of the six new ships in NCL’s Prima class delivered through 2027. The vessel will be christened and start its inaugural voyage from Reykjavik, Iceland, on 27th August 2022.

The vessel uses two 16.5 MW pod propulsion units and has a unique hull design that has seen a rise in recent cruise ship implementations over the past few years. Fincantieri has reported that the vessel exceeded the contract speed during its sea trials, reaching a maximum speed of 21.9 knots. It can accommodate 3,215 passengers in its 1,646 passenger cabins (double occupancy). And can go up to a maximum of 5,400 passengers, which includes 1,388 crew. The vessel features many tourist attractions, including the first and largest three-level racetrack for electric race cars, a ten-story high dry slide, and an outdoor sculpture garden.

Its sister ship, the NORWEGIAN VIVA, will be delivered in the summer of 2023. NCL has recently announced that the last of the 4 vessels in the series will see a revision in their design and they are to become a part of the Prima Plus Class. The revisions include increasing the passenger capacity to 3,550 passengers in double occupancy. 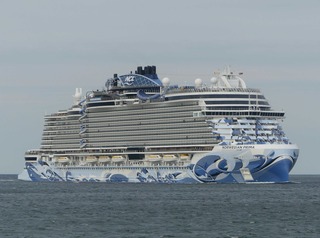