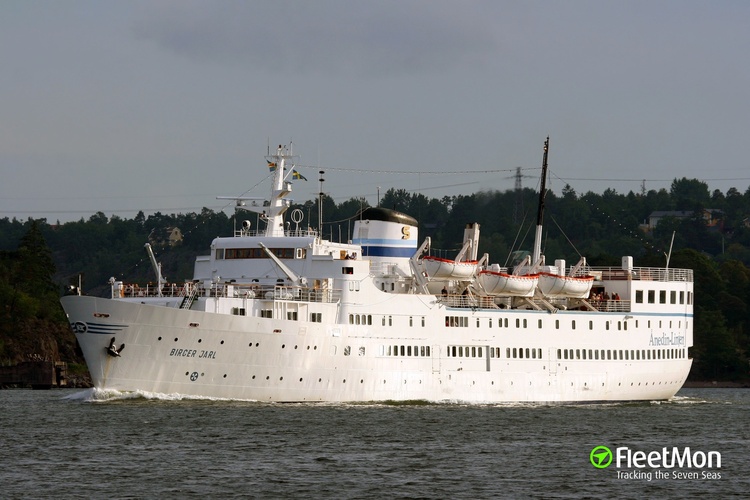 The BIRGER JARL, also known as the BALTIC STAR, is a vessel that, since 2019, has gone on several excursions without the necessary certificates for operation. The owner asserts that the vessel does not need those papers as it is now classified as a leisure vessel. Swedish officials say that even a pleasure vessel of that size would at least need a registration certificate for a ship more than 24 meters in length.

The ship was built in 1953, has served for decades on routes in and around Scandinavia, and has passed through the hands of multiple owners. The vessel was serving as a floating hotel in Stockholm In 2019 the vessel was inspected and prohibited from sailing due to alleged deficiencies in the vessel. In the same year, despite the no sail order placed by the Swedish officials, the ship transited from Stockholm to Timra and back. The vessel also left for a sail without taking a pilot, which is mandatory for vessels over 70m.

In 2020, the vessel made a trip to Timra yet again. The owner was charged, convicted, and fined for violating Sweden’s Ship Safety Act, despite his continued protests that the vessel was a leisure vessel and therefore exempt from the need to have such permits.

On August 1st, 2021, the vessel made yet another trip, from Timra to Lunde, about 60 nautical miles northeast, and has invoked the ire of the Swedish Coast Guard. They have opened an investigation into the potential regulations that could have been violated and the possible commission of a crime. The current owner Leif-Ivan Karlsson still maintains that no certificates or permits are required as the vessel is now a leisure vessel, and the coast guard is wrong. 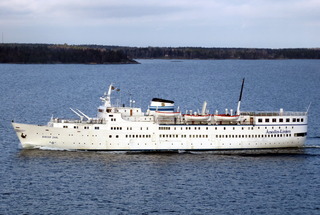