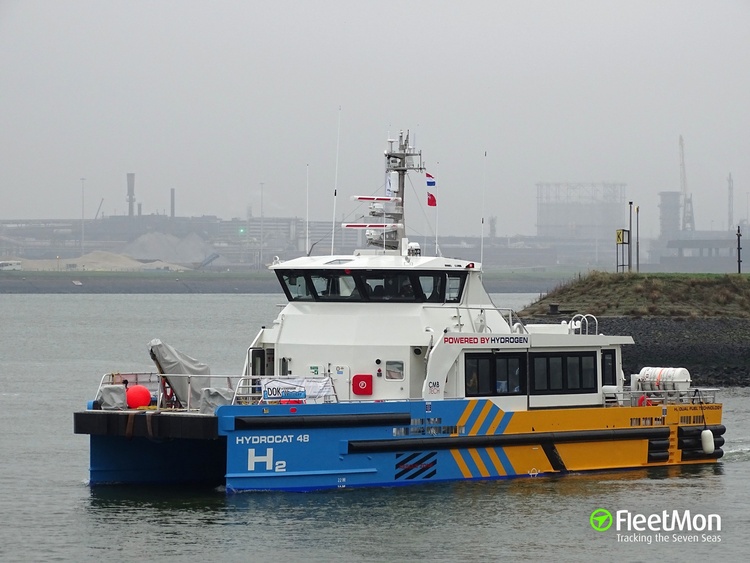 Windcat Workboats, a part of the Compagnie Maritime Belge, has obtained the first permit in the Netherlands to bunker hydrogen. The license has been granted in the port of IJmuiden and the first vessel to be bunkered was one of its own, the HYDROCAT 48.

The Amsterdam IJmuiden Offshore Ports (AYOP) reported that the license was granted by the IJmond Environmental service on behalf of the Velsen Municipality. Windcat Workboats, along with the IJmond environmental agency, port of IJmuiden, and port of Amsterdam, had been investigating what was needed to make the bunkering of hydrogen possible. William Van der Wel; the managing director of Windcat Workboats, stated that this license is a significant step in using hydrogen as a fuel for vessels and increasing the sustainability of the sector. He added that since hydrogen bunkering is a new development, the licensing process was quite complex.

The vessel used for the first bunkering, the HYDROCAT 48, has dual fuel engines supplied by MAN Engines and has been retrofitted by CMB.TECH with a Hydrogen injection system. The HYDROCAT 48 is used to transport crew to and from offshore wind farms for their construction and maintenance. Windcat Workboats is aiming to put more hydrogen-powered vessels in service. The hydrogen currently being used is grey, but CMB is working on green hydrogen availability with Stockholm ports. 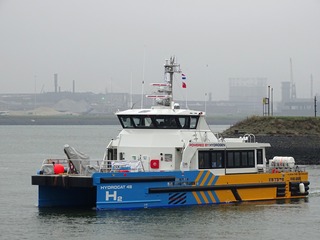